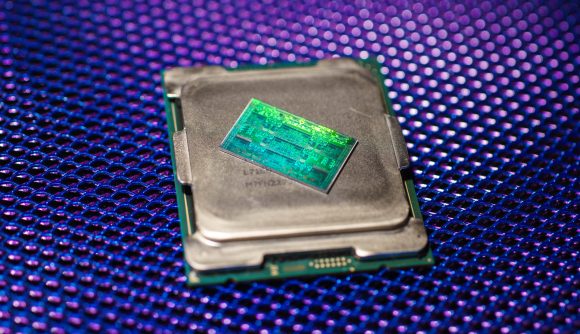 With Intel’s 11th gen CPUs just around the corner, Geekbench is filling up with benchmarks, showing us what we can expect from the upcoming lineup. Among them is the entry-level i5 11400, which, despite being the budget option, manages to achieve a higher single-core score than Intel’s entire 10th generation, including the i9 10900K.

Compared to AMD’s Ryzen 5000 series, both scores fall short, but Intel covers a greater portion of the market with five expected entries in its 11th generation lineup compared to AMD’s four. The Ryzen 5 5600X, which is the cheapest option at $299 MSRP, has a 1,606 single-core and 8,102 multi-core score average, while the Intel i5 11400 is anticipated to retail for a similar price tag to its predecessor, which should be around $180.

As Videocardz notes, the Intel i5 11400 is virtually identical to its i5 10400 predecessor with the same six-core, 12-thread, 2.59GHz base clock configuration, and only a 100MHz increase on its 4.39GHz boost clock. This means improvements will mostly be architecture-driven.

With such a big emphasis on single-core performance increases, it looks as though Intel wants a bigger slice of the gaming pie. But benchmarks aren’t everything, putting these scores in the same tentative pile as the i7 11700KF and i9 11900K leaks until we see some real-world tests.

We’ll see whether Intel can snatch the best gaming CPU title from AMD when its 11th generation releases, which is expected to be next month.