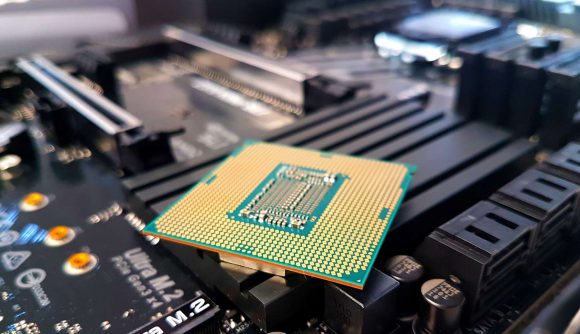 Intel’s 11th gen CPUs are set to release in March, possibly making our list of the best gaming CPUs in the future if the leaked benchmarks are anything to go by. A user on Chinese hardware forum Chiphell (via 9550pro on Twitter) has got ahold of an i9-11900KF and already pushed it to its limits with stress testing software AIDA64, seeing temperatures hit as high as 98°C under full load. With the user clearly also using one of the best AIO coolers, mentioning a 360mm radiator, this might seem concerning, harking back to the AMD FX era – cue the memes about free heating for your house.

But there’s more to this than what initially appears. Firstly, the user itself highlights poor BIOS optimisation, which is likely due to the CPU not officially hitting the market yet and could be the reason for the weirdly high temperatures. But, there’s a myriad of other conditions to consider, too; bad air flow within the case, a high ambient temperature, a faulty cooler, or simply poorly applied thermal paste.

Another thing to note is that in the real world, a CPU is rarely utilising 100% of its power like it does under a stress test, which is another reason for the high temperature. We doubt that Intel’s new top end i9 will be reaching 98°C under full load, and it’s likely an isolated incident but we won’t know for sure until the i9-11900KF hits the market.

Even if Intel’s new chip was to reach these temperatures, it’s still not enough for thermal throttling to kick in, with most Intel chips having a thermal limit of 100°C.

But we wouldn’t be too concerned yet about this report from a single user. Although if similar stories start coming out after its release in March, then it could be a very different story.