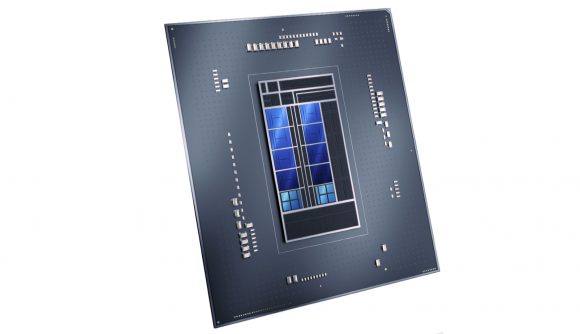 All eyes are on Intel as the release of its upcoming 12th generation Alder Lake processors draws nearer, especially with the company losing market share to rival manufacturer AMD in both the mobile and desktop CPU markets over the past couple of years. However, a recent Ashes of the Singularity benchmark, posted by Benchleaks, may suggest that the blue team has one of the best gaming CPUs ready to go in the form of the Intel Core i9-12900K.

While it may initially appear that the i9-12900K’s score of 14,000 leaves the competition in the dust, with the highest benchmark score from AMD’s Ryzen 9 5950X at 10,100, there are some disclaimers that come with analysing Ashes of the Singularity benchmarks.

Neither of the benchmarks provide any detail on the clock speed of the CPUs or GPUs used and so there’s no way of knowing to what degree, if any, these parts have been overclocked. However, the benchmark does confirm that the i9-12900K will have 24 threads to its hybrid cores.

It won’t be long until the heavily rumoured Alder Lake release date of October 27 arrives, with Intel CEO Pat Gelsinger stating that the company’s next big announcement will come at the ‘Intel Innovation’ event set to take place between, you guessed it, October 27 and 28. Likely as this seems, however, this being Alder Lake’s official big reveal is still to be confirmed.

After all, Intel has plenty going on in its laboratories, such as its upcoming Xe HPG discrete graphics cards, codenamed Alchemist. However, doubts surrounding the architecture’s ability to compete with the Nvidia Geforce RTX 3070 have recently emerged following another leaked benchmark. Still, with graphics card availability and pricing looking to worsen, Intel’s graphics cards may appeal to would-be rig builders by sheer virtue of being available on digital and store shelves.