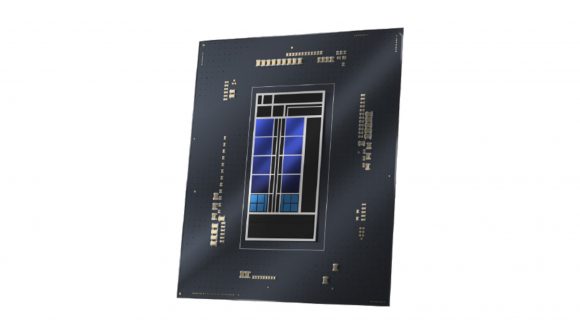 Leaks surrounding Intel’s upcoming 12th generation Alder Lake processors are reigniting age-old debates on whether Intel or AMD is the one and only choice for those wanting the best gaming CPUs. Fresh off its debut in Ashes of the Singularity benchmarks, it appears that the Intel Core i9-12900K isn’t quite done revealing its true power, as leaker Hw_reveal posts screenshots of a Cinebench R23 benchmark where the flagship chip reportedly scores over 30,000.

As with all synthetic benchmarks, these results should be treated with a due amount of scepticism. There are also a couple of caveats to consider here when using this data for comparison against already available consumer hardware.

For instance, this CPU was allegedly paired with DDR5 RAM which makes apples-to-apples comparisons to any existing desktop CPU impossible when using this benchmark. However, it should be noted that the i9-12900K will indeed support DDR5 RAM, which will eventually become the best gaming RAM, but the real-world performance gains that it offers over DDR4 require more thorough testing.

Another consideration when looking at this benchmark is that this refers to multi-core performance. There’s currently no concrete evidence of what the i9-12900K’s single-core performance will look like, but it will likely find its way into the best gaming PCs with a boost clock of 5.3GHz across two of its 16 hybrid cores.

We’ll just have to wait and see what Intel CEO Pat Gelsinger has in store when Intel Innovation kicks off from October 27, with rumours suggesting the event will act as the official reveal event for Alder Lake CPUs. Meanwhile, over on team red, AMD has confirmed that both Zen 4 CPUs and RDNA 3 GPUs will arrive in 2022, which should offer some healthy competition to Intel’s apparent all-powerful i9-12900K.