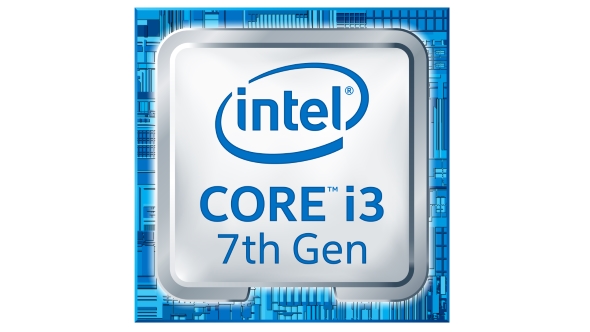 Update November 28, 2016: A couple of early benchmarks for the dual-core Core i3 7350K have appeared on the Geekbench database showing performance on par with a quad-core Intel Core i5 and an eight-threaded AMD FX-8350.

Read more: everything you need to know about Kaby Lake.

The pair of benchmark results have been run on an ASRock Z270 SLI Xtreme and an Asus STRIX Z270H Gaming motherboard, with both getting around 10,000 for multi-core and 5,140 for single-core performance. That puts Intel’s new overclockable Core i3 7350K at the same sort of levels as a proper quad-core i5 of the same price – and one which doesn’t have the K-series’ overlocking prowess.

It also puts it ahead of AMD’s eight-threaded FX-8350 by quite some way. AMD really need their Zen processors to drop soon because if even their octo-core chips are bested by an Intel dualie they’ve got to do something for their CPU faithful.

It’s good news for the budget crowd looking for a chip they can tweak the nuts off too. With the chip launching at 4.2GHz out of the box the likelihood of it being able to hit 5GHz with its optimised 14nm lithography has to be pretty darned high.

Original story November 14, 2016: The Pentium Anniversary chip from the Haswell refresh brought high-end overclocking to the low-end CPU market and Intel is looking to catch some of that lightning in the Kaby Lake bottle with a potential new Core i3 7350K.

Historically Intel have only released K-series – the overclocking variants of their CPU ranges – in either Core i5 or expensive Core i7 trim. With a leaked price list being reported by WCCFTech, among others, it’s now looking very likely that we’re going to be getting a nicely overclockable Core i3 K-series chip when Kaby Lake launches in January too.

While the G3258 Pentium Anniversary chip was well-received, and managed to hit crazy-high clockspeeds (I managed a comfortable 5GHz on mine), it was a resolutely dual-core CPU which meant it ran into trouble with some games running on a hard quad-core limit for their minimum requirements. You could do some tweaking to get it to work but it was often a bit of a ache in the groinal area. What marks the Core i3 7350K out though is that it, while it is still a dual-core processor, Intel haven’t just unlocked the CPU multiplier they’ve also enabled their HyperThreading technology to give it a full four threads of processing power.

That should enable it to get around any game limitations and, with it’s high out-of-the-box clockspeed, it should be a pretty impressive gaming chip even without you having to do any overclocking work yourself. But with a 4GHz base clockspeed and a 4.2GHz Turbo frequency I would be very surprised if you couldn’t tune that up to a steady 5GHz with minimal effort.

The price list also shows a retail box price of $177 against the Core i5 7600K’s price of $252. With them both offering four threads of processing that could make the far cheaper Core i3 the darling of budget gaming rig builders. But Intel aren’t looking for this to cannibalise their Core i5 sales, they’re looking to cement Intel’s place as top-dog in the CPU stakes in the face of renewed competition from AMD’s Zen processors in the new year.

It looks like 2017 is shaping up for a real battle royale in the CPU tech world at all ends of the market.