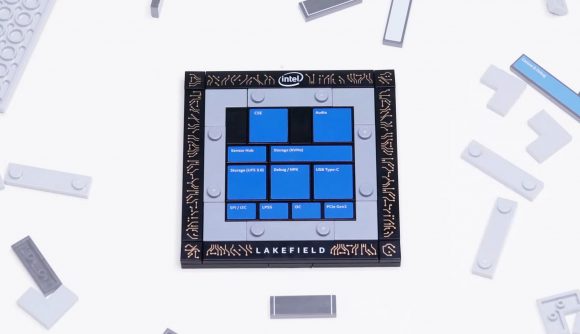 Intel recently announced the launch of its Lakefield ‘system on chip’ (SoC) processors: peculiar-looking layered CPUs that allow for more power in a much smaller package. It’s difficult to picture exactly how the Foveros 3D packaging technology that’s used to form these CPUs works, so Intel has put a video together showing how the layers stack atop one another… with lego.

Processors built on the Lakefield architecture should be a good testing ground for the big.LITTLE technology that we might see championed in future Intel Alder Lake-S CPUs. Keeping an eye on how well the big.LITTLE die-stacked Lakefield CPUs do might tell us how likely it is that the next-next generation of Intel Core desktop CPUs will use this technology.

Specifically, we’ve heard rumours that Alder Lake-S CPUs will combine ‘big’ and ‘little’ cores in ARM fashion, just like Lakefield. If you look at the second Lakefield layer in the video, you’ll notice there are four Tremont cores and one 10nm Sunny Cove core, combining core architectures within one SoC processor. This is what it’s rumoured Alder Lake-S CPUs will be like. 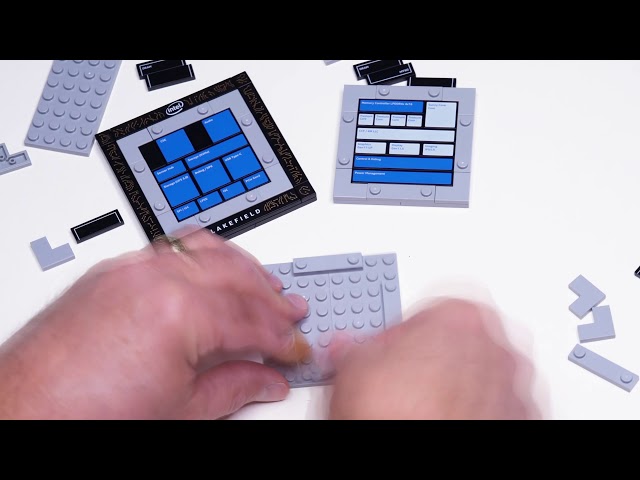 These Lakefield processors push boundaries in two respects: first, the big.LITTLE core configuration; second, the ‘package-on-package’ (PoP) die-stacked design. Intel gives plenty of information about these Lakefield Core processors, and points out that “Lakefield processors are the smallest to deliver Intel Core performance and full Windows compatibility across productivity and content creation experiences for ultra-light and innovative form factors”.

These Lakefield CPUs are mobile CPUs designed for SoC application – think phones, tablets, and other mobile devices, rather than full-fledged laptop CPUs. So they won’t be contenders for PC gaming, but they are worth keeping an eye on given the new technology that’s being used.

While we can keep an eye on Intel Tiger Lake processors to see how Intel Xe graphics performs, we can keep an eye on Lakefield to see how die-stacked, big.LITTLE processors perform – taking note of things like latency issues between different core types and different layers, much in the same way that we keep note of AMD’s own interconnect technology, its Infinity Fabric. Seeing how well Lakefield performs will give us an idea about what the future of processor design might hold.