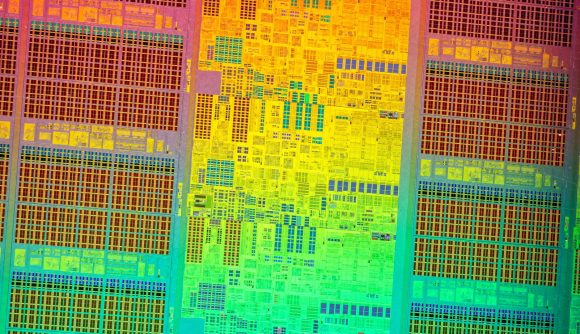 It looks as though Intel’s finally cracked the 7nm process for its future desktop CPUs, confirming the release schedule for its Meteor Lake chips at its Intel Unleashed livestream yesterday. Arriving some time in 2023, the processor’s design is likely to be in the stages of finalisation by July. With this more efficient process, these could have a good chance at taking the crown of the best gaming CPU in the future.

The 13th generation chips will be the successor to 10nm Alder Lake processors (arriving late this year or early 2022). Intel also announced that it’ll be spending over $20b on new semiconductor factories for its future processors – although Meteor Lake CPUs will still be outsourced to external manufacturers.

While AMD switched to 7nm back in July 2019, Intel has struggled to refine anything smaller than the 14nm process it’s been stuck on for over five years. By the time Meteor Lake rolls around, it’ll be four years late to the party and AMD’s Zen 4 chips will likely have already moved to an even smaller 5nm process with a planned 2022 release date.

Meteor Lake should also be using the new LGA 1700 socket that we’ll be seeing on the best gaming motherboards starting with 12th generation Alder Lake processors.

Despite a lot of anticipation, Intel kept hush about its upcoming Xe-HPG gaming-oriented graphics card during its livestream. But, with an Xe-HPG scavenger hunt page spotted, we could know more about the GPU by the end of the week.