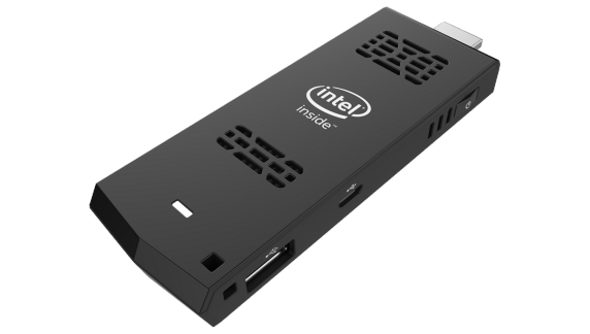 My Chromecast stick has saved my life on multiple occasions. If I wasn’t using it to stream shows to my stupid TV (we can’t all afford smart ones) I might be forced to get into bar brawls or jump at cars and other dangerous things.

It’s a great wee device, but it’s not all that versatile. Not like Intel’s new Compute Stick, unveiled at CES today. The Compute Stick is essentially a PC the size of a USB stick, and you can plug it into your telly.

Pre-installed with either Windows 8.1 or Linux, the device is a compact 4 inches long, is powered by a quad-core Atom processor and comes with 2GB RAM and 32GB of storage, with the option for more thanks to a micro SD slot. It’s got a USB port, too.

Sure, it’s not going to compete with a gaming PC, or even most regular desktops, but as a living room device, emulator and potential Steam streaming doohickey, it’s pretty damn impressive. And for $149 for the Windows version (the Linux version is only $89 but limited to 1GB RAM and 8GB of storage), it’s surprisingly affordable, especially given that it comes with the expensive OS already installed.

It’s due out soon, too. You’ll be able to get your grubby mitts on it in March.