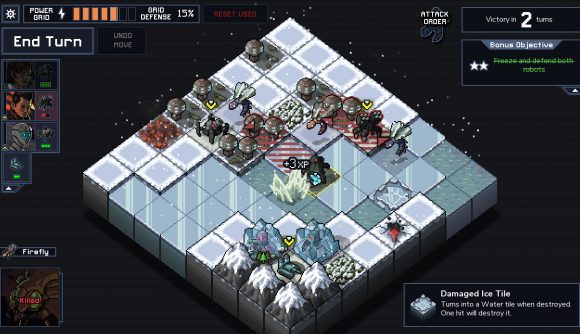 We’ve known since last year that mod support was in the works for Windows Store games, and it looks like that’s finally arriving – slowly but surely. The latest version of the Xbox Game Pass (Beta) app allows certain games to enable mod support.

Windows Central reports that the latest version of the Game Pass (beta) app includes an option for mod support for at least one game, specifically Into the Breach – incidentally, one of our favourite games of 2018. On the game’s page in the launcher, you can select the ‘Enable Mods’ option, which gives you a stern warning in a pop-up about how Microsoft isn’t responsible for any weird or potentially damaging stuff you wind up installing with mods. Once you click ‘Accept,’ you get a link to the game’s files in a button next to the ‘Play’ button in the launcher.

As we reported last year, the way it appears to work is by creating a modifiable copy of the game files in a folder called ModdableWindowsApps in Program Files. That’s important, since the Windows Store (and Game Pass launcher) installs games in a highly secure folder called WindowsApps on whatever drive you’ve selected.

Windows’ security settings make that folder very difficult to even browse, much less change in any way, and it seems as though the way you’ll be able to play modded versions of your Game Pass games will be by creating a whole second copy in a new unsecure folder.

Windows Central notes that the update that enables mod support in the Game Pass launcher also completes its migration to React Native architecture, which provides improved performance and stability.

Xbox Game Pass has been growing steadily over the past year, reaching 10 million subscribers across Xbox and PC a month ago.