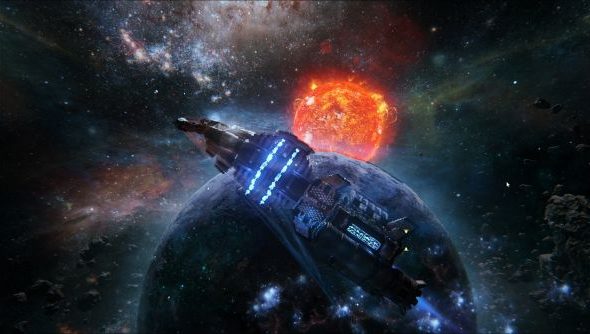 Shoot for the moon. Even if you miss, you’ll land among the stars. Shoot for the stars with Kickstarter backing, however, and you’d better hit them.

The pitch for Into the Stars is simple and compelling, so much so that Fugitive Games have surpassed their crowdfunding goal with weeks to spare. The team intend to smuggle FTL past Elite’s station scanners – switching players from first-person ship management to third-person space exploration with the clack of a single key.

Fugitive have promised their backers a solar system “packed with mystery and danger”. Given that even a game like Elite: Dangerous can launch with an empty galaxy, that’s a tough task for just four men to tackle.

“We knew we were going to be a really small team,” said project architect Marc Janas. “We don’t even have an engineer on staff, so it’s pretty much me doing systems and project design stuff.”

The staff at Fugitive have had flings with every major engine you might think of. Janas worked with Frostbite during his time at DICE, “proprietary stuff” at Sony, and tools for handheld games at Activision. Art director Alden Filion has used CryEngine, Hammer and Source – and has been modding with Unreal since UT 2004.

The decision to go with Unreal Engine 4 for Into the Stars was a practical one. The team would take full advantage of Epic’s Blueprint system to build simplified systems that might otherwise have required teams of engineers to pull off.

“Blueprint’s pretty easy to understand if you’ve got a little bit of a programming background,” said Janas. “When I jumped into Unreal and tried it out and realised just how fast I could make stuff, I was like, cool: we can make this without an engineer, if we keep the scope right.” 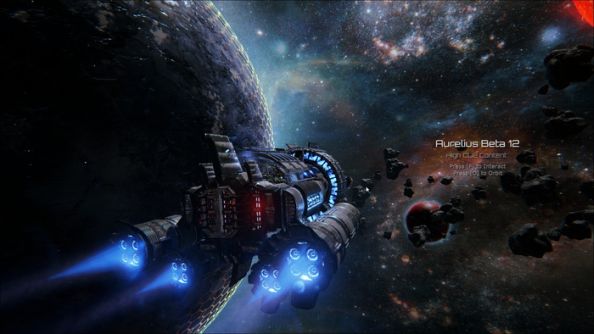 Fugitive’s initial design for Into the Stars included a game world that was free to explore but sensibly contained. But as they continued to fiddle with UE4, they realised the engine would support a scope far beyond their self-imposed restrictions.

“Honestly our original plan was not to be that big,” said Janas. “Just discovering the open-world tech and being able to implement that really opened the door for us to go a little bit crazier.”

“This is really, really big,” agreed Filion. “Bigger probably than all our games combined that we’ve ever worked on before.”

Using the same streaming tech seen in Dead Island 2, Fugitive have stitched together numerous smaller areas into an expansive space-quilt; as the player travels around the solar system, new areas will be streamed in to meet them. 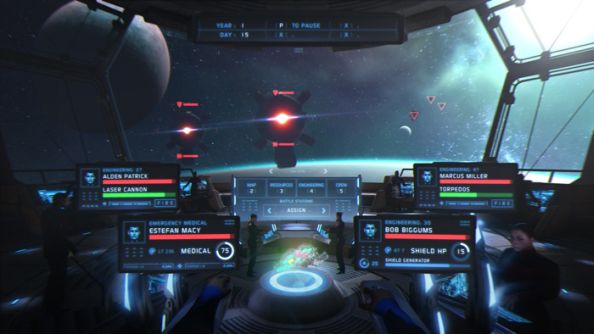 And they’ve been able to take advantage of one of the underappreciated benefits of the void: in space, nobody can see the seams.

“If you were running around in like a giant world, it would be a little bit harder because you’ve got to line up all the terrain,” said Janas. “We don’t have to deal with that.”

The tricky part is knowing when precisely to stream new chunks of space in. Fugitive don’t have the luxury of hiding loading behind convenient stretches of corridor. Instead, they’ll play a trick with distance – sneaking objects onto the screen no larger than ten pixels across.

By the time the player’s noticed the change, that ten-pixel object will be well on the way to becoming a hundred-thousand unit planet.

“Sneaky, right?”, laughed Filion. “Scaling it up and introducing it to the player slowly is I think what’s going to help us sell and get away from those usual pop-in things you would get.” 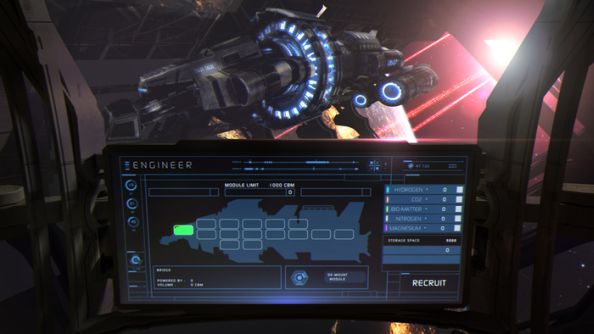 Another issue Fugitive have grappled with – and can place firmly on space’s starry doorstep – is the player’s sense of speed.

“In a corridor shooter, you’re actually passing a fence, a tree, a mountain, so you know how fast you’re going and that you’re traversing at speed,” said Filion. “In space you don’t have that – just a huge planet that’s a crazy far distance away.”

The solution was a technique more often associated with the backgrounds of 16-bit platformers – parallax scrolling. The star field surrounding the player’s ship plays the role of the fence, while the secondary nebulae beyond drift by like trees. The planets are the mountains: floating past at a glacial, almost imperceptible rate.

The difference is, these mountains expand and shrink to suit their creators’ needs.

“When you’re looking at a massive planet it’s very hard to tell that it’s actually getting closer to you, so we’re trying to cheat it a little bit,” said Janas. “I’m not sure what it’ll ship like, but right now the planets increase in size. It just makes you feel like you’re closing the distance a little bit faster than you are.” 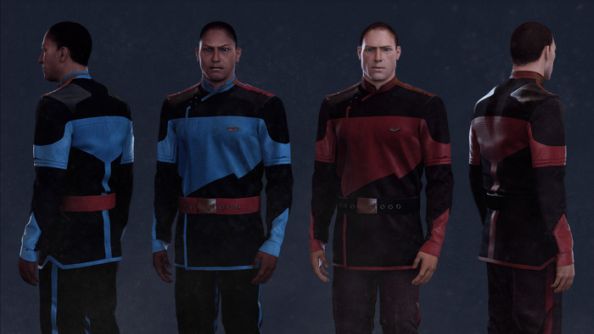 Fugitive’s other space problem turned out to be an interior design headache. In the finished game, players will be able to piece together their vessels segment by segment, and then captain their ship in first-person.

“Building a ship where it was hollowed out to a point where we could put real life-size people in a real life-size bridge was an art planning challenge,” said Filion. “Things like, if you’re on the bridge, does it naturally look like you’re at the nose of the ship when you’re [switching to third-person] outside of it?”

What’s more, Filion has had to throw traditional fixed lighting techniques out of the airlock. Fugitive’s ship interiors might be built like FPS levels – but they’re hurtling through space at impossible speeds.

“It’s hard,” he said. “I’ve had to shift my mindset and use complete dynamic lighting with cascaded shadow maps that cut in at certain distances.” 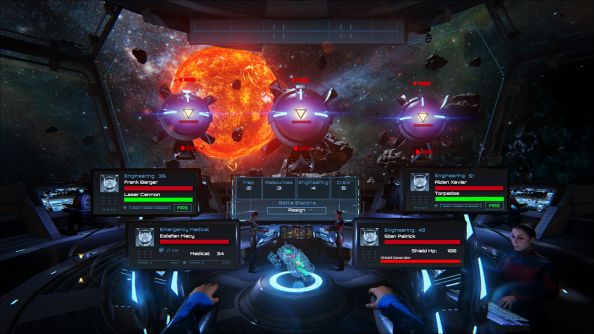 Luckily, Unreal 4’s tools for quick iteration have helped the team turn their blue-sky ideas for ships into black-sky prototypes in a matter of hours.

“You can try something out, even in its crudest form, and actually see it in front of you,” said Janas. “That’s huge. We can make it happen in three hours and see how it feels.”

Fugitive know that each of the technical tricks they’ve worked on will be for naught if they don’t come together as a robust whole. Into the Stars will be a game of interconnected systems – ship modules, crew and resources that can be lost, gained or affected by possible events in the player’s journey. The result, the designers hope, will be a world that allows for emergent interactions even they haven’t considered.

“Unreal’s made it pretty easy to connect them,” said Janas. “All of these little variables that you manage, they can be impacted by various systems all over the game. It’spretty cool.

“I look at our end product already, and I’m like, ‘Wow, this looks like it was made by a team of 20-30 people’. And there’s only four of us. That’s pretty awesome.”

into the Stars is penciled in to ship to backers in July. Unreal Engine 4 development is available to anyone for a $19 monthly subscription fee.

In this sponsored series, we’re looking at how game developers are taking advantage of Unreal Engine 4 to create a new generation of PC games. With thanks to Epic Games and Fugitive Games.