Alright, let’s lay it out. Hands up who’s ever save scummed? This is obviously a flawed way to begin a written article since we can’t see each other, but I bet if we could we’d both have our hands up. Again, a ridiculous assumption to make that further exposes the limitations of the online medium and the hazards its anonymity brings.

Anyway, I’ve save scummed. (In my previous careers as an excessively sentimental pond cleaner and a lawyer who defends people that talk in movies, I’ve also saved scum, but that’s another anecdote.) What I mean by this is that I’ve reloaded a recent save file to undo a mistake in a game, or even a decision I don’t like. It’s especially tempting to do so in strategy games and RPGs – two of my favourite genres – where decisions have wide-reaching consequences.

I have perfectionist tendencies and I hate committing to a playthrough when I know I could’ve made better choices. It feels like fingers wriggling under the skin of my chest, nails crusted with the piss-yellow dirt of an out-of-character conversation response in Disco Elysium or a suboptimal decision in Civilization VI.

There’s a sense in which save scumming is shirking responsibility for one’s decisions, which sometimes makes me feel a little sheepish. Indeed as the pejorative name suggests, save scumming is sneered at by certain gamers for this reason (as well as less reasonable, more elitist ones that have more to do with just wanting to sneer at people for playing a game differently). 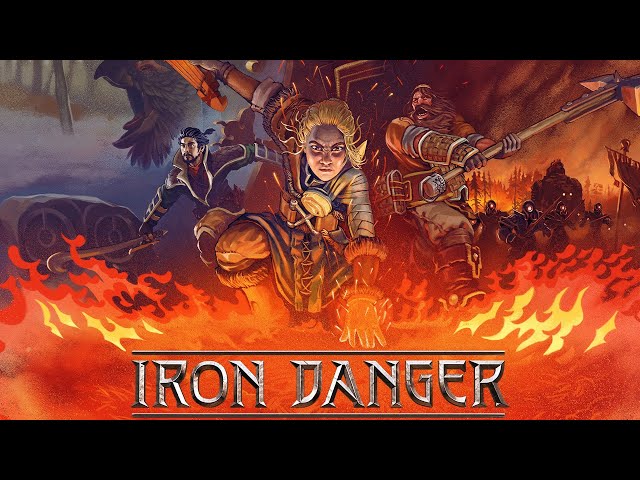 Motivated partly by this sheepishness, I went cold turkey on save scumming by playing and completing XCOM: Enemy Unknown on Iron Man mode (and Classic difficulty), which limits you to a single autosave. Everything that’s said in favour of embracing your actions is true: I felt the gravity of every risky decision like a brick on my face. It was also liberating to know that, for better or worse, this was my only timeline. It’s the option of a better outcome that makes it so painful to swallow a worse one. The fact that this is the default approach of Dark Souls and its many imitators is probably another reason why I love them, too.

The only real problem with save scumming is it's clumsy; reloading takes time and costs progress

But I don’t want that same stress or challenge in every game, so having proven to myself many times now that I ‘get’ the appeal of not doing so, I continue to save scum, and now without a trace of my past insecurity. It’s okay to save scum. The only problem save scumming clearly does have is that it’s clumsy.

Loading a saved game takes time, and because it’ll rarely take you back to the exact moment of your mistake, it often costs a fair bit of progress, unless you’ve been manually saving every five minutes and thereby tossing any fun you’ve been having into a shredder of anxiety.

Until recently, removing the ability to save scum was the most elegant solution to this problem. But I’ve now seen another, which takes the opposite approach: embracing save scumming as a game mechanic wholeheartedly. 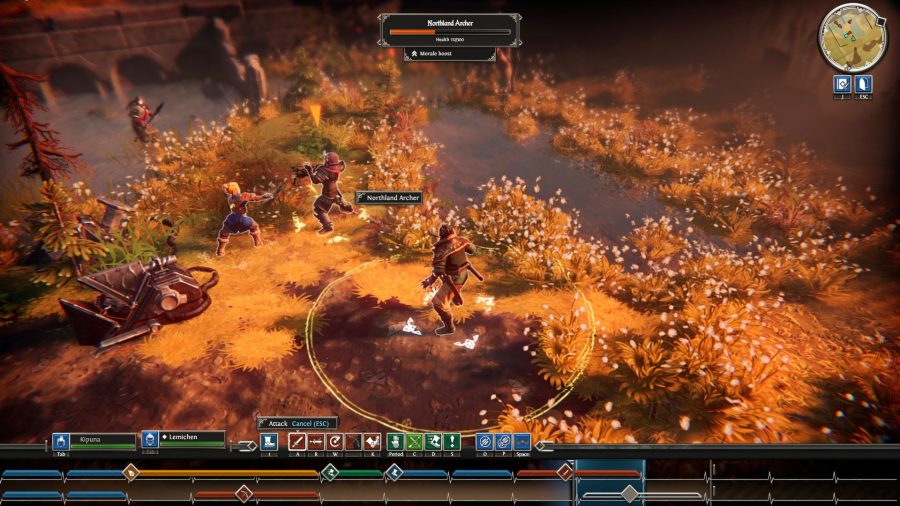 Iron Danger is a CRPG with a heavy focus on combat, because that’s where its big selling point – a time manipulation mechanic – shines best. Imagine a bright fantasy world, a bit like Divinity: Original Sin 2, and at the bottom of the screen are two tracks that look like music sequencers, one for each party member. These are timelines.

Actions take up space, measured in heartbeats, on each timeline. As with any other CRPG or squad tactics game, your job is to line up a sequence of actions – moving, attacking, using abilities – that’ll get you out of each scrape, generally by killing your enemies. The difference is that you can go backwards or forwards in time freely, undoing enemy attacks, adding or deleting actions, all without penalty. Essentially, it’s real-time with pause – and rewind.

Watching the demo, it’s mesmeric to observe mechanical golems rewinding their swinging fists, and explosions blossoming like flowers in a time-lapse nature documentary. There’s definite novelty appeal, but after that wears off, you might wonder what the stakes are if you can just undo every action. Indeed, if you compare it to a traditional CRPG in which you’re expected to solve each fight first time (unless you save scum, of course), it would be laughably easy. 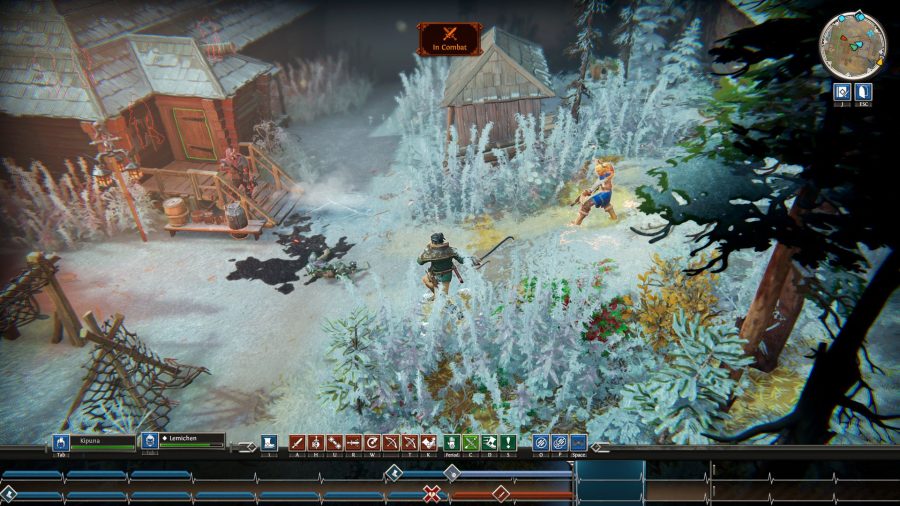 “It’s not making you overpowered any more than solving a Rubik’s cube makes you overpowered when you can turn back the cube, or you can take out a puzzle piece and put it back in [somewhere else],” programmer Heikki-Pekka Noronen says. “There is no game over, but this is still a really hard puzzle game. It’s not an action game at all, even though it looks like one.”

We want to you to think ‘there’s no way I can get this done’. But you will get it done.

Thanks to this time manipulation mechanic, fights can be much, much tougher. “It turns the tactical combat much more puzzle-like,” as Jussi Kemppainen, the ebullient game director at Action Squad Studios, explains. “We can have extremely difficult combats in there that you’ll just need to figure out how to solve. If you like games like Divinity: Original Sin 2 or XCOM – these are some of our favourite games, but they have some really hard battles, and I do quick-save and load a lot to try different tactics. I may feel terribly sinful after my 73rd try or something like that, but then I pass the combat and feel like the smartest guy in the universe. In practice you are doing the same time manipulation there, but in a much more cumbersome way.” 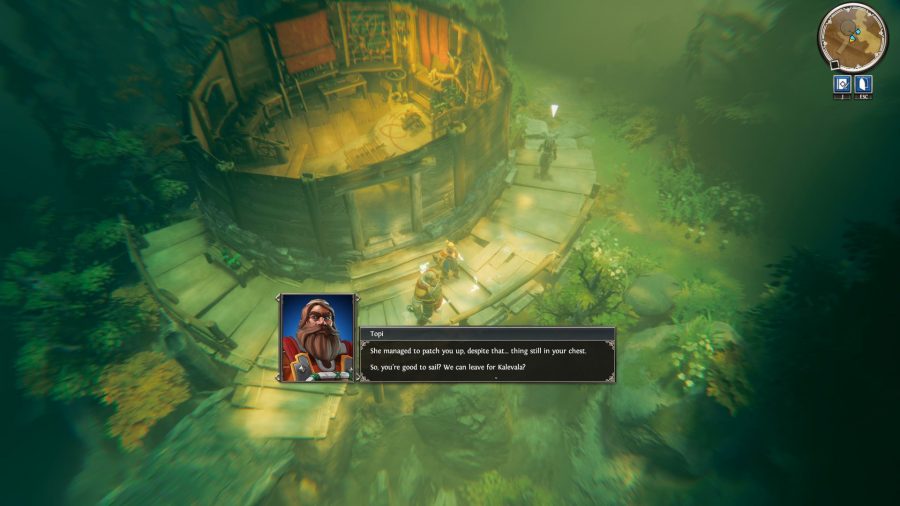 Iron Danger’s time manipulation is worked into the story as well as the gameplay, so there’s a narrative and a mechanical reason for you to die lots, rewind, and try different tactics. “We actually want you to die multiple times, experience amazingly difficult situations that you cannot survive, where you think ‘there’s no way I can get this done’. But you will get it done. You’ll find a way, but it can be really hard. And after that, you’ll get out of those situations thinking ‘look how smart I was’!” It’s a philosophy summed up in the game’s tag line: “you will die, but you will not fail.”

I watch this play out as Kemppainen positions his two-person party to ambush a golem. A burly warrior places an explosive barrel next to a tree, and when the golem comes by on its patrol, protagonist Kipuna detonates it with a fiery attack. This knocks over the tree and its trunk hits the golem – or at least, it does after a little rewinding to get the tree falling at the correct angle. That’s another appealing thing about this mechanic: all your clever ideas about exploiting systems that ought to work, but which rely on fiddly positioning to execute, will now go off with much less fuss. 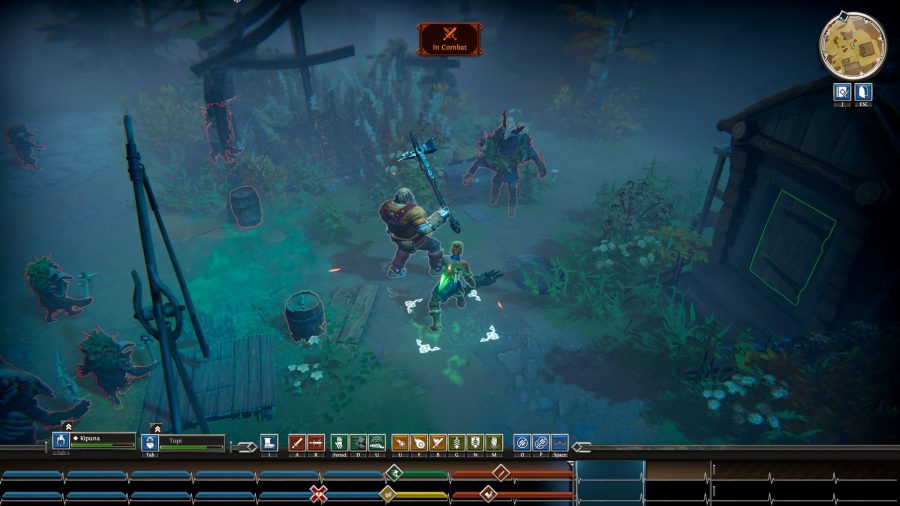 Strategy games and CRPGs have always had a fair bit of puzzle solving about their combat, and many recent, popular examples have been embracing this dimension by adding complexity in the form of stacking systems, player abilities, and interactions with environments and enemies. Even some shooters are doing this now to make their combat more cerebral.

This makes it more satisfying to land upon the solution – finding needles is less challenging without a big haystack – but as fights become more puzzle-like and complex, perhaps it’s appropriate to streamline the search for a solution somewhat, especially when so much of that process relies on trial and error.

Iron Danger is doing this. Save scumming is not only okay – it’s now an elegant puzzle-solving game mechanic.