Iron Fish contains fewer essential minerals than its name suggests, and the shock doesn’t stop there. Playing British oceanographer Cerys Harley, you’ll take a small sub down to the bottom of the briny to investigate reports of unexplained disturbances to ocean life – and soon enough find yourself diving in shipwrecks among severed human feet. It’s the swimming pool plaster nightmare writ large.

Find out if you’ll sink or swim in the best survival games on PC.

Just as the initial serenity of the sea gives way to darker themes, so too the open underwater environments of Iron Fish start to turn down the lights, eventually plunging you into total blackness as you near the abyssal plain.

“There are some very dark levels in there,” says Dean Edwards, Iron Fish’s first-time designer. “I think the horror comes in later in the game when you can’t see as much.”

“We’re layering it with these creatures,” adds Shaun Leach, creative director for BeefJack. “These abominations start appearing and it adds to the tension and the mystery. The premise is that something is not quite what it seems, [but] everything that we’ve done, we’ve done in the name of science.”

That might sound like the protest of Jurassic World’s genetics team, but what Leach means is that Iron Fish is a grounded mystery story – as grounded as any tale told under the sea can be, anyway. Its waters are teeming with natural life: tiny schools zipping back and forth; bigger fish reflecting the beams from your sub’s headlights; eels leaving wispy trails of blood in the water as they flee from tiger sharks.

But there’s a point where even science peters out. Only 5% of the world’s oceans have been explored to date. This is Earth’s final frontier, a place where the facts thin out and stories fills the holes. 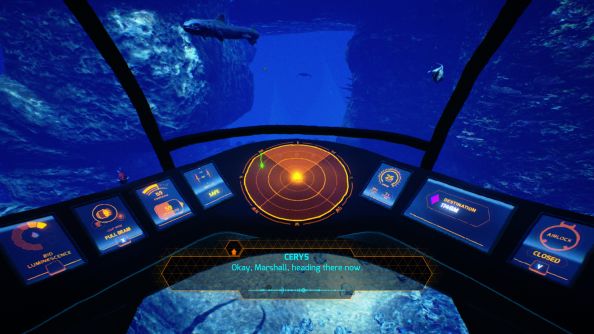 “There are golden snails down there,” enthuses Leach. “Things like blob fish. You don’t have to try that hard to find odd things in the real world with the ocean, so all we’ve done is find some mythology to go with it.”

The water is largely unexplored territory for games too – usually a recipe for instadeath, or occupied by something nasty enough to encourage the player to get out and play on the land instead. With few precedents to look to, BeefJack have developed a face-first, freeform take on first-person exploration that bravely asks players to embrace the slow pace that comes with underwater movement.

The sub’s cockpit looks like Elite, but it’s cramped and sluggish, and in motion recalls EA’s claustrophobic ‘90s Space Hulk shooters (with similar scope for dismemberment). Leave the vehicle, as you can at any time, and you’re freed from fixed axes. But threats come from all angles, and you quickly learn to fear the larger shadows crossing the sea bed. 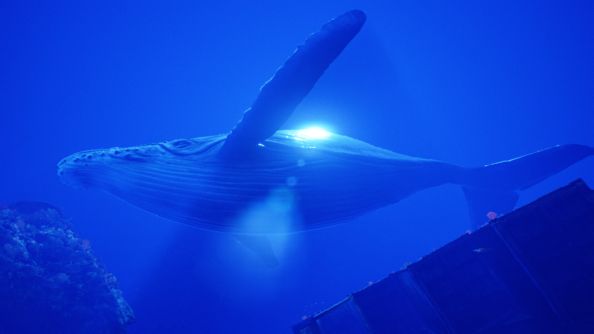 Protagonist Cerys doesn’t shoot harpoons or wrestle sharks à la Black Flag. Even as the game descends into the supernatural, she remains unarmed. At best, you can hope let off a well-timed box on the nose when a shark makes a beeline for you. “She’s not Rambo,” notes Leach.

Rather than punching the predators that cross your path, you’re better off studying their behaviour, avoiding open water, and making shrewd use of your speedier swimming options – bearing in mind that they’ll attract more attention.

“That was definitely one of the main things we needed to do if we didn’t want to make it a shooting game,” reckons Edwards. “The character’s persona and everything about her is not about shooting things.” 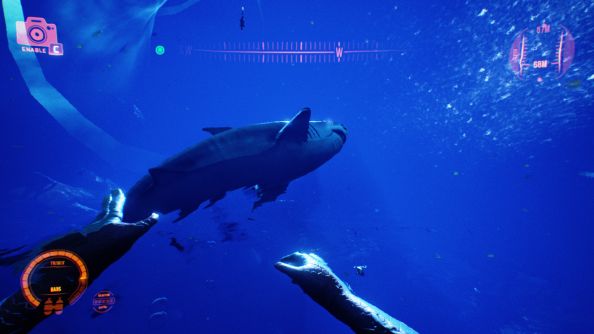 The name Dean Edwards is front and centre where Iron Fish is concerned – upfront in its trailers and press releases alongside BeefJack. If indie games came in boxes, you’d imagine his name would be on this one, just as Sid Meier’s or Chris Sawyer’s were in the ’90s. It turns out that’s symptomatic of how BeefJack’s Create initiative works.

“I think it’s quite unusual in many ways,” says BeefJack’s Lewis Denby. “Because it really is about fostering those creative partnerships and pairing with really interesting, unique individuals with great ideas that maybe don’t have the resources or the inclination to start their own studio to make these things happen. That’s really where we come in, to guide that process and tune the ideas before launching into production.”

Approached by this Blackpool newcomer with a pitch for a 2D sea-stealth game but no desire to form a company, BeefJack worked with Edwards to expand on Iron Fish – and the collaboration resulted in a three-hour first-person Unreal 4 game. 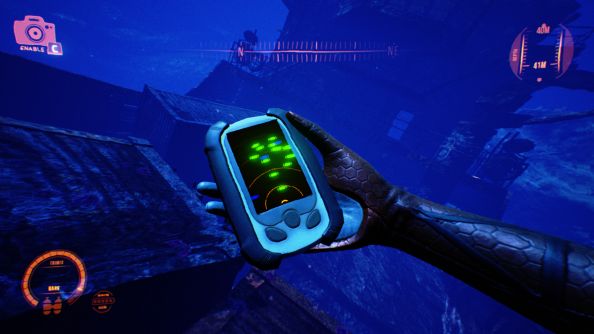 “I was sat up one morning thinking what I would do if I was to make my own game and this is what I eventually came up with,” remembers Edwards. “It’s my first game so I really had to think about what I wanted to do and what I wanted to create, and I’ve always been a fan of marine biology and I watch a lot of documentaries.”

Iron Fish is very much a personal game for Edwards; protagonist Cerys’ character is informed, in part, by his mum.

“I’ve got a lot of strong women in my family,” he explains. “I just looked at them to make the characters relatable.”

“What I’m most proud of is actually Dean and Dean’s bravery,” finishes Leach. “He came to us with an idea and trusted us to nurture that idea and go on a journey. I hope he hasn’t been disappointed so far.”

Iron Fish will come to PC in the spring of 2016. Unreal Engine 4 is now free.