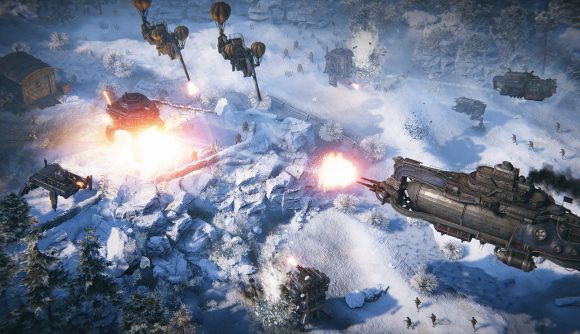 Things are about to get good and loud in alt-history RTS game Iron Harvest, because the Americans are coming. Operation Iron Eagle, a standalone DLC for Iron Harvest, arrives May 27, and it’s introducing the new faction along with a whole new single-player campaign.

The Usonia faction has 20 brand-new units to bring to the field, including a gigantic steampunk zeppelin, which you can get a peek at in the trailer below. There are three new playable heroes, plus the new campaign – which you’ll be able to play either solo or co-op. The add-on also includes new air units for all factions, as well as the air defense structures you’ll need to shoot them down. There’s also a new batch of multiplayer maps included.

Since it’s a standalone DLC, there are several possible approaches to Operation Iron Eagle. You can of course add it on to Iron Harvest’s base game, which grants access to all the existing factions. If you don’t already own Iron Harvest, you’ll be able to pick up Operation Iron Eagle and play with players who own only the base game – you won’t need the expansion in order to play against players who are using the new faction. It’s set to list at $19.99 or your regional equivalent. 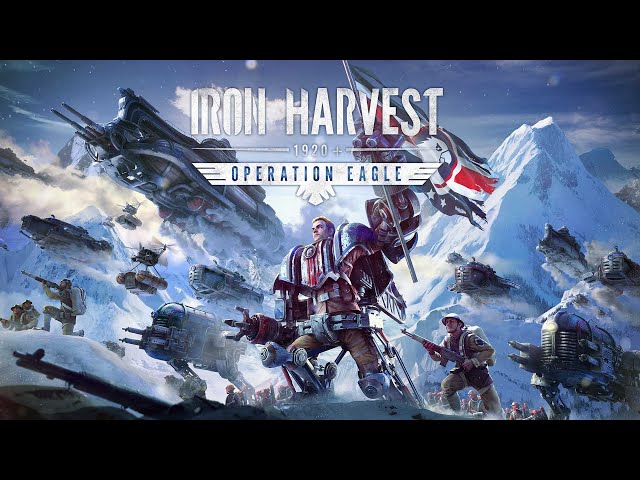 In the 1920+ fiction of Iron Harvest, the American Union of Usonia didn’t get involved in World War I, quietly building its own economic base and eventually becoming a superpower while Europe was busy tearing itself apart. As you might expect from the introduction of the new air units, the faction leans heavily on its “Diesel Birds” air force in battle.

Now’s a great time to check out Iron Harvest, as developer King Art Games is running a free weekend on Steam. You can play single player and multiplayer modes through May 3, and the game is 50% its usual retail price during that time. Check out our Iron Harvest review if you’d like to know more.