The Iron Harvest developers have been working hard at improving their mecha Company of Heroes-like RTS game ever since it launched at the beginning of September. Patches have been rolling out week-by-week, following a strict monthly roadmap schedule, and December’s will culminate in the game’s first bit of paid post-release content: the Rusviet Revolution expansion.

This small add-on will be out on December 17, and will add four new single-player missions centred around the mysterious Rasputin. It will tell a tale reminiscent of the Russian Revolution that happened in our own history. All of the missions will be playable in co-op, and this pack will be free for Kickstarter backers and anyone who bought the Digital Deluxe edition.

Other improvements coming as part of December’s roadmap include being able to cancel building upgrades, and a shared mapmaking pool. So far in November the team have added in a new 1v1 map called the Dark Forest, the ability to form a group and matchmake together, as well as a counter to barbed wire.

King Art have also this week added in a new game mode, called ‘Drop Zone’, in which players race to collect stockpiles as they are air-dropped across the map. These crates net you VPs, and the player who collects the most wins. 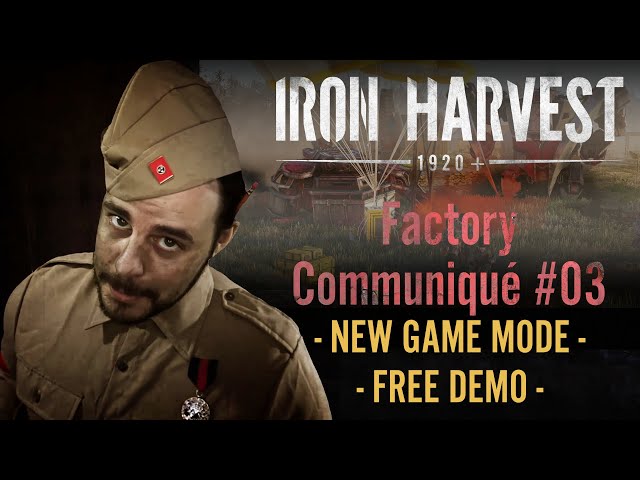 We enjoyed Iron Harvest when we played it for our review, but felt there was still plenty of work to be done. Some of these concerns have been allayed by all of the improvements made so far, but if you’re interested in trying it out for yourself the game is running a free demo until December 1. It will be available on Steam, GOG.com, and the Epic Games Store, and will offer a sneak peak at the campaign as well as access to multiplayer.

The Rusviet Revolution DLC will release on December 17 for $3.99 on all PC storefronts.