In the foreground of the painting hanging on the office wall of Iron Harvest’s creative director, Jan Theysen’s, peasant women harvest hay under a baking summer sun. It’s an evocative scene, reminiscent of work by famous English landscape painter John Constable. In the background of this pastoral idyll, however, half obscured by heat-haze and whisps of cloud, smoke billows from an enormous mech, its canon-like arms casting a threatening shadow over the fields beneath.

The painting is part of Polish artist Jakub Rozalski’s 1920+ series, which serves as the inspiration for Iron Harvest’s dieselpunk take on the First World War. Theysen says that he originally stumbled on Rozalski’s work without any intention to use it in a game; “the first time I saw his artwork, it was just ‘this is cool’. It wasn’t like we were thinking about it in terms of game development.”

In a desire to move away from the WWII setting that has played host to so many real-time strategy games, however, King Art eventually found themselves returning to 1920+. In Rozalski’s world, these enormous mechs were originally meant to help with farmwork. But as the First World War broke out, these machines were adapted for the battlefield. The Great War would rumble on for five long years, eventually giving way to the unsteady peace in which Iron Harvest – named for the annual real-life excavation of WWI detritus from fields up and down the Western Front – takes place.

The game’s three factions – Polonia, Saxony, and Rusviet – each have their own strengths and weaknesses, but the micro-level play that defined RTS giants such as StarCraft is limited to the opening moments of the game, as each players rushes to secure oil pumps and iron mines that will fuel their economy. Base building is of limited importance, with a small selection of structures, limited in most cases to just one small area of the map, responsible for all of your unit production.

Instead, Iron Harvest focuses on the macro-level, and once you’ve got to grips with the early game, tactical nouse becomes just as important as the efficiency of your armies. The result is a battlefield which evolves and changes over time, with a frontline that’s in near-constant flux. 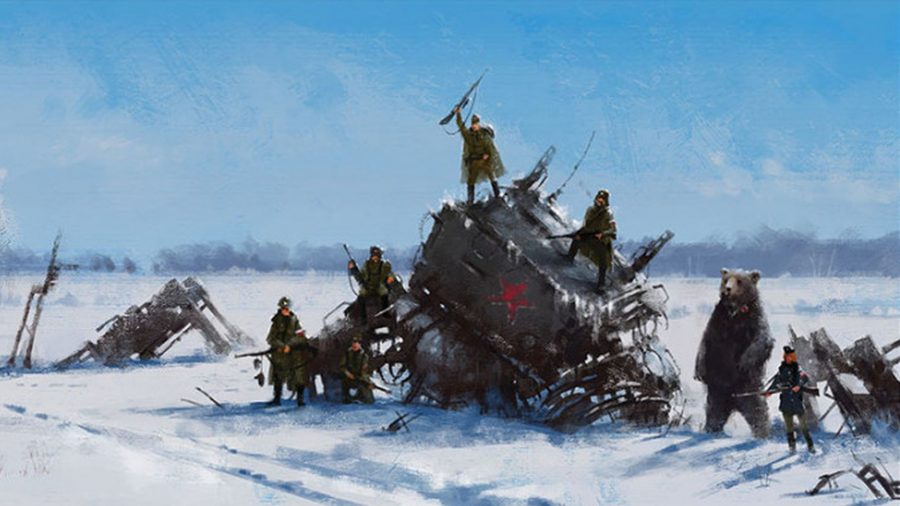 Your mechs are the stars of the show, but what’s most striking is the variation on offer. Theysen says that “you want to have cool-looking units, but if you have ten different kinds of tanks, it becomes a little bit tricky to differentiate them, but having mechs helps a lot with that.” Polonia’s trashcan-shaped Straznik scuttles into battle on four spidery legs, gatling guns mounted on its side tearing enemy units apart, while the Smialy strides confidently around the outskirts of the battle, picking enemies off from the sidelines.

Iron Harvest’s dieselpunk aesthetic means that these aren’t elegant machines, but Theysen says that’s an important part of combat – “we didn’t want the game to be too fast, so it helps if the mechs aren’t running and jumping around, but it’s a slower, more deliberate pace with clunky machines.” That speaks to the tactical nature of the game – larger units will only fit down certain routes, and committing an important unit in one direction means that it could take several minutes to return to protect another flank.

Much of Iron Harvest revolves around maneuvering around your opponent, attempting to gain the upper hand through misdirection and the use of stealthy flanking routes, but when two armies actually meet, sparks – and rockets – fly. Soldiers armed with everything from pistols to field cannons march into battle accompanied by their enormous mechanical cavalry, but while the mechs may have most of the firepower, the tide of a battle can turn quickly. A well-aimed blast from a four-legged Mocny’s roof-mounted cannon can all but wipe out a squad of riflemen, but if those same soldiers are able to scavenge a rocket launcher from a fallen foe and scurry back to base to replenish their ranks, they can return to the fight to topple the enemy mech. 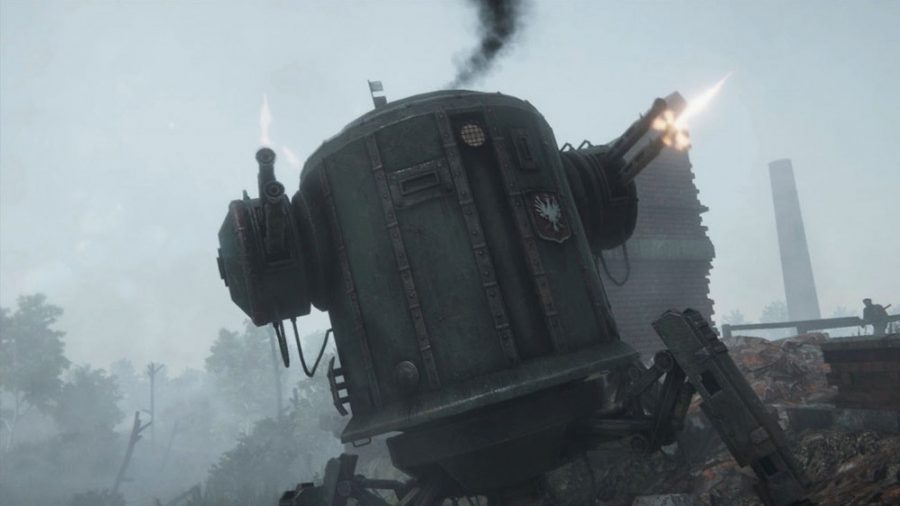 And when a mech falls, its impact is felt on more than just its owners’ economy. As they explode, their chassis is left on the battlefield, creating a barricade that remains until it’s manually removed. For a player on the back foot, the skeletons of both friend and foe can act as a crucial defensive line, preventing enemies from advancing further. For attacking enemies, downed mechs can block flanking routes and make it more difficult for damaged units to retreat. Each time the dust settles and surviving soldiers scurry back to base, Iron Harvest’s close-quarters, almost claustrophobic maps are entirely changed, and you’re forced to re-shape your strategy for the next assault.

Iron Harvest treads new ground with its alternate history and aggressively inelegant technology, but Theysen makes it clear that the developers are aware of the RTS’s rich history. The structure of the campaign, which focuses in on each of the factions in turn, draws from Warcraft 3, which Theysen thinks is “actually still the best RTS story out there.” Elsewhere, the influence of Company of Heroes is clear. “When it comes to gameplay, or units, or UI, we looked at the other games, and looked at what worked, and picked and chose the best elements from all the games.” 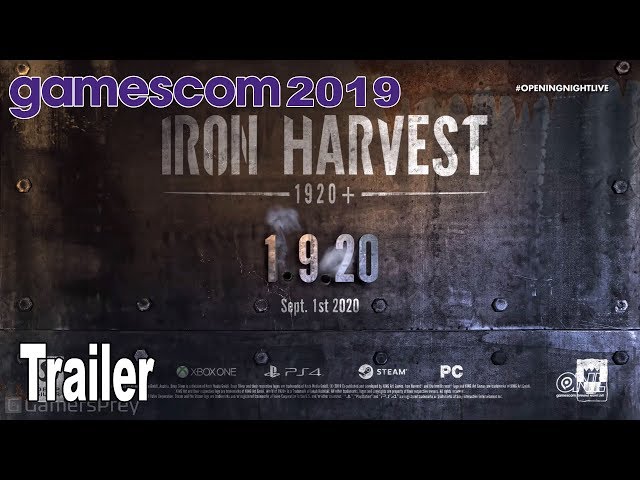 For all the chaos of its bigger battles, Iron Harvest eventually comes across as a surprisingly cerebral RTS. King Art hasn’t been shy about the inspiration it’s taken from some of the genre’s biggest names, but as your armies clash and the battlefield shifts under the weight of your mechs, it’s clear that these lumbering machines aren’t the only thing that sets Iron Harvest apart.