If you think that most mice out there look the same, then you’re not alone. Of course, the best gaming mouse sits above the rest for a reason, but aesthetically-speaking, you’d be forgiven for mistaking one for another. If you want to Disney-fy your setup, however, there’s a handful of pop culture-based mice that have been roped into the incursion of early Black Friday deals.

Whether you vouch for the side of superhero or believe his lack of powers makes him a vigilante, you can feel just as powerful as Iron Man while saving a pretty penny on Amazon US. Franci’s appropriately wireless mouse comes in the character’s standard red and gold or a darker black for $15.98, saving you 6% in the process, while 26% has been shaved off Bever’s version, bringing things down to $13.99.

Over in the UK, the Razer Atheris Stormtrooper Edition, which is also wireless with a 350-hour battery life, offers you the chance to knock 43% (£30) off its price tag, bringing things down to £39.99. This is accompanied with a Stormtrooper Edition of the Razer Goliathus Extended mouse pad, which has also dropped by 55% (£22) to £17.99.

Franci and Bever aren’t particularly well-known gaming brands, but toggling up to 2,500DPI and 1,600DPI respectively works well for FPS games where you’re more likely to use your entire arm for pinpoint precision. Razer, on the other hand, is a name we’re all familiar with and the Atheris goes up to 7,200DPI, if you find yourself ever wandering that high. 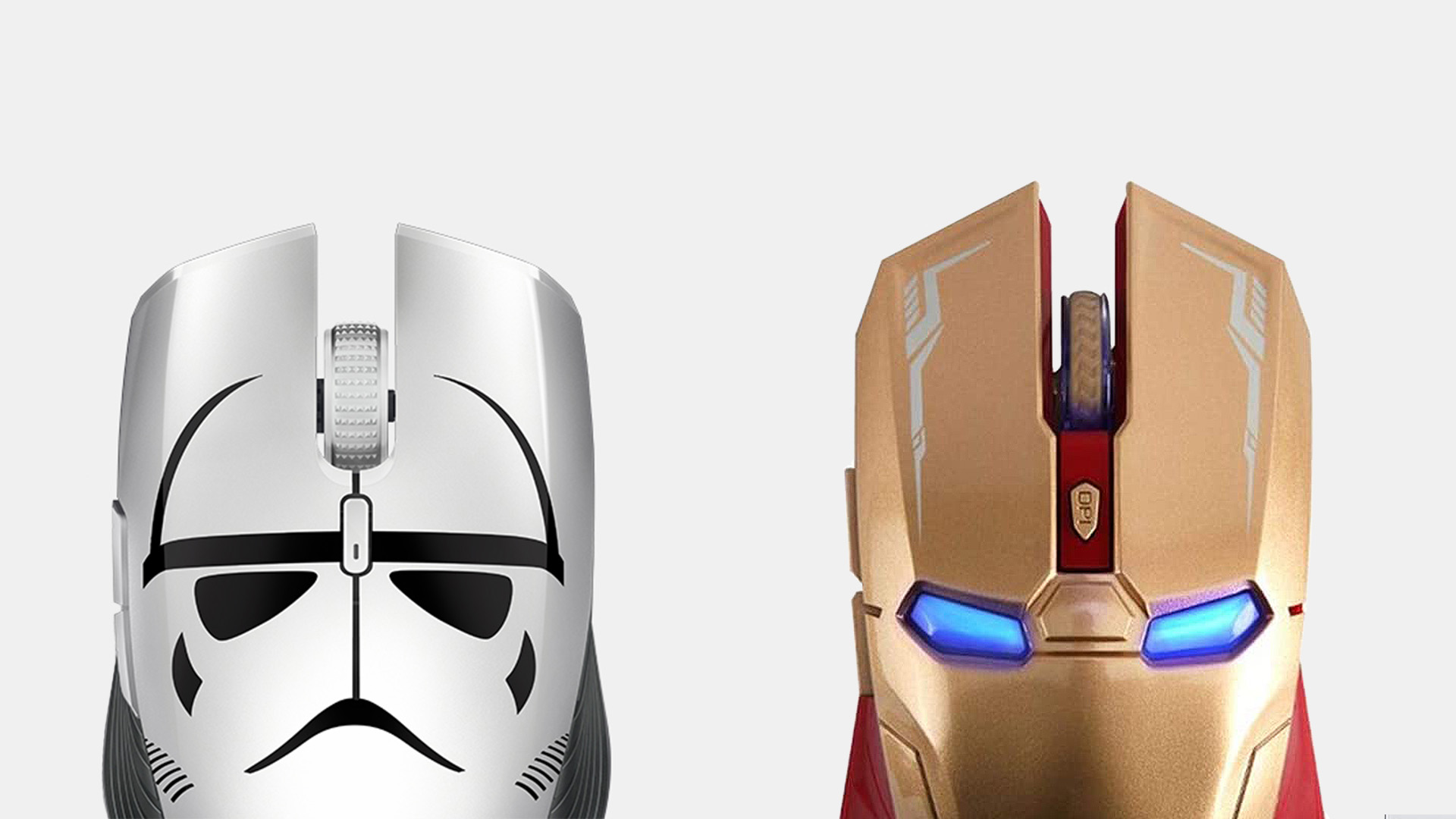 You might not’ve imagined yourself smothering Tony Stark with your palm, but thanks to brands Franci and Bever, you can now. And no, your shot will be as bad as a Stormtrooper’s when using the Atheris, it’ll just look that much cooler when you do land them.

You can find more savings on our early Black Friday deals page, where there are more gaming mice, keyboards, and internal components to be found.