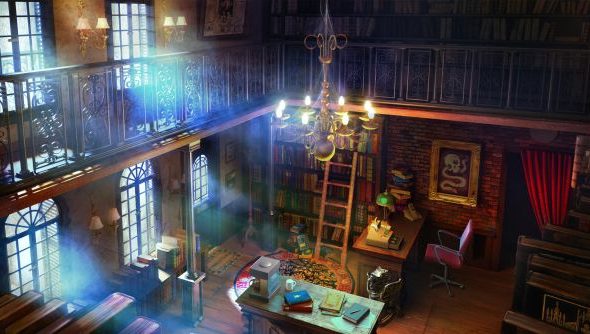 Why would Activision okay a remake of Gabriel Knight: Sins of the Fathers, but block its path to Linux? Are the custodians of CoD planning a penguin-only revival of the venerable adventure series? Or do they simply thrive on our tears?

Those were the questions Jane Jensen fans found themselves asking, and sometimes exclaiming, after the apparent news arrived on their forums on Wednesday. But Jensen herself has since stepped in to deflect blame away from the publisher: a Linux version was never planned for Gabriel Knight’s return.

The technical director of Jensen’s partner studio, Phoenix Online, arrived on the Pinkerton Road forums as “the bearer of bad news” two days ago.

“My previous statement that GK would be available on Linux turns out to be incorrect,” said Weldon Hathaway. “I can’t even begin to imagine why, but Activision isn’t allowing the game to be made for that platform. Just PC, Mac, Android, and iOS devices.”

Many hours of discussion and teeth-gnashing ensued – until the series’ creator belatedly heard the howls on the wind and stepped in to clear things up. What had happened was a “misunderstanding” on Hathaway’s part.

“We are thrilled to have gotten the license to release GK1 on PC, Mac, Apple mobile and Android,” wrote Jensen. “There is no anti-Linux conspiracy. We are also not releasing on console either, for example.

“It was simply a matter of ‘these platforms make the most sense in the market right now, let’s release there and see how it goes’.”

Jensen noted that Pinkerton and Phoenix Online may well be granted permission to work across more platforms down the line – but that’s dependent on sales and “how well the game turns out”.

“I know those of you who are passionate about Linux are disappointed, but there is nothing to be upset at Activision about (or, I hope, me!),” she finished.