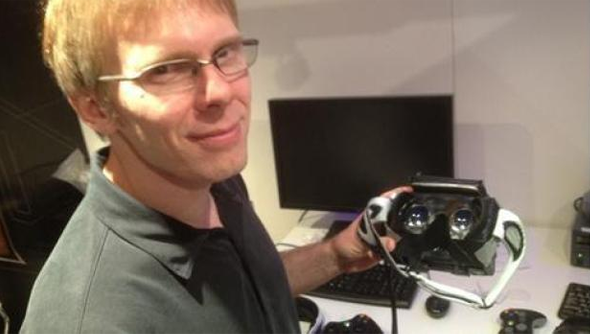 Update: Following John Carmack’s lengthy Facebook post earlier, which you can read in the update below, ZeniMax have released another post-court statement, highlighting the facts of the case.

In the statement, ZeniMax point out some key points of the court case that suggest data was in fact stolen from the company when John Carmack moved to Oculus.

“In addition to expert testimony finding both literal and non-literal copying, Oculus programmers themselves admitted using ZeniMax’s copyrighted code (one saying he cut and pasted it into the Oculus SDK), and [Oculus VR co-founder] Brendan Iribe, in writing, requested a license for the ‘source code shared by Carmack’ they needed for the Oculus Rift,” said ZeniMax in a statement provided to Gamasutra.

“Not surprisingly, the jury found ZeniMax code copyrights were infringed. The Oculus Rift was built on a foundation of ZeniMax technology. As for the denial of wiping, the Court’s independent expert found 92 percent of Carmack’s hard drive was wiped – all data was permanently destroyed, right after Carmack got notice of the lawsuit, and that his affidavit denying the wiping was false. Those are the hard facts.”

Update:John Carmack has released a lengthy Facebook post in response to accusations that he tried to erase evidence of wrongdoing after leaving ZeniMax for Oculus.

“I never tried to hide or wipe any evidence, and all of my data is accounted for, contrary to some stories being spread,” says Carmack in the Facebook post.

ZeniMax employed a computer forensics expert to attempt to prove some wrongdoing, and the expert suggested some code was “non literally copied”.

Carmack says that’s not true, and that Oculus never had access to the Id C++ VR code.

“Early on in his testimony, I wanted to stand up say ‘Sir! As a man of (computer) science, I challenge you to defend the efficacy of your methodology with data, including false positive and negative rates.’ After he had said he was “Absolutely certain there was non-literal copying” in several cases, I just wanted to shout ‘You lie!’,” says Carmack.

“By the end, after seven cases of ‘absolutely certain’, I was wondering if gangsters had kidnapped his grandchildren and were holding them for ransom.”

The lengthy post goes on to explain how code can end up performing the same task while being different at its core, and how the two companies ended up with different solutions.

“Notably, I wasn’t allowed to read the full expert report, only listen to him in trial, and even his expert testimony in trial is under seal, rather than in the public record,” Carmack goes on. “This is surely intentional – if the code examples were released publicly, the internet would have viciously mocked the analysis. I still have a level of morbid curiosity about the several hundred-page report.”

Carmack closes by pointing out that expert witnesses can charge upwards of $600 per hour, so he can see why it’s a tempting career path. He just believes that the expert’s findings should be publicised – especially when making such assured claims.

Original Story: John Carmack is known for being a bit of a tech genius in the land of games. The man founded id Software, for flip’s sake. Additionally, he headed up development on id videogames Commander Keen, Wolfenstein 3D, Doom, Quake, and Rage. Carmack created many of the techniques used in computer graphics. He’s aslo lead engineer of Armadillo Aerospace. He’s a real life rocket scientist. You know, from the cliche.

Because of Carmack’s technical proficiency, it’s slightly surprising that he allegedly googled ‘how to wipe a hard drive’ after he left ZeniMax and moved to Oculus.

ZeniMax were just awarded half a billion dollars in damages in a court case with the VR headset creators, thanks to a broken NDA. These revelations about Carmack’s apparent behaviour when he moved between the two companies are now surfacing off the back of the case.

“Carmack intentionally destroyed data on his computer after he got notice of this litigation, and right after he researched on Google how to wipe a hard drive. Data on other Oculus computers and USB storage devices were similarly deleted,” said ZeniMax in a statement to GIBiz.

“When he quit id Software, Carmack admitted he secretly downloaded and stole over 10,000 documents from ZeniMax on a USB storage device, as well as the entire source code to Rage and the id tech 5 engine – which Carmack uploaded to his Oculus computer.”

The hard drive googling accusations were determined by a court-appointed, independent expert in computer forensics.