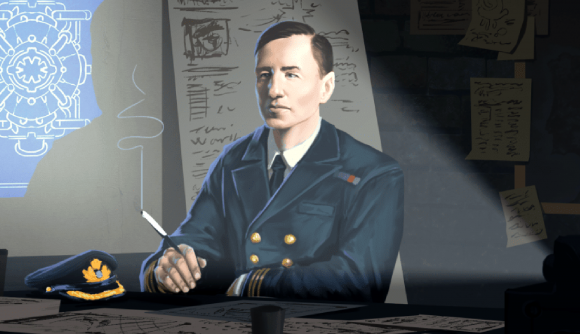 Update – October 4, 2021: This story has been amended to reflect that the news was announced by publisher FNCPR Ltd, not Tanglewood Games.

No Time To Die – the last James Bond movie starring Daniel Craig – is out now in UK cinemas, and Bond’s creator Ian Fleming is appearing in a game for the first time. Curiously enough, though, it’ll be in next year’s John Carter: Warlord of Mars rather than a Bond game – despite Fleming having no connection to the franchise.

John Carter: Warlord of Mars was announced earlier this year as a first-person action-adventure game and was supposed to get a Kickstarter in April, but that seems to have been postponed. The game is reportedly set to be released in May 2022.

The game will be mostly set on Mars, but will also contain opening sections set during World War 2 – as the story has been updated so John Carter is now a captain during WW2 rather than the American Civil War, and gets sent to Mars/Barsoom thanks to an experiment by the Nazis. The man in charge of the operation, publisher FNCPR Ltd has revealed, is none other than James Bond’s creator Ian Fleming.

While Edgar Rice Burroughs is the creator of the John Carter of Mars series, Ian Fleming served as an intelligence officer during WW2, so it’s Fleming’s real-world experiences that the game is referencing. “Not only was [Ian Fleming] a legendary author,” says Frazer Nash, managing director of the game’s publisher FNCPR, “he was a genuine military man, accustomed to sending Britain’s bravest into extreme situations. That’s a quality that will certainly come to the fore in John Carter Warlord of Mars.”

We have an exciting update, Ian Fleming, the illustrious creator of James Bond, will be characterised in a video game for the first time ever! pic.twitter.com/5CEC7YInbA

The release states that “planning, scripting and casting [are] making strong progress” and that the Kickstarter will be launching “soon” apparently. While there haven’t really been any notable John Carter games before, there have been a fair few James Bond games – with the creators of Hitman working on a new one right now.