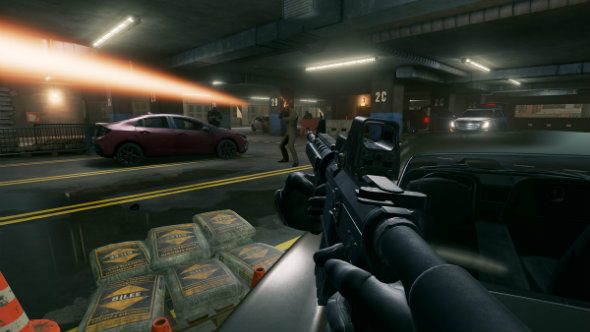 With early reviews of the new John Wick Chapter 2 film scoring a direct bullseye, fans can now step into his gun-blazing boots with the release of John Wick Chronicles. This VR shooter has just debuted on the Steam store, but you’re going to need a HTC Vive to play it.

Want to scratch that itchy trigger finger but don’t have a VR kit? Here’s our top picks for our favourite first person shooters.

At just $19.99, it doesn’t appear to be the lengthiest game, as there are just three levels included with the initial release. These are apparently all based on scenes from the films, including the infamous Continental Hotel scene, where baddies can go to relax without having to watch their back.

There’s no support for the Oculus Rift, and it also requires a minimum playing area of at least 2 metres by 1.5 metres. Fingers crossed some savvy hackers figure out how to get it working on the Rift, as the new Touch controllers do allow for relatively simple room-scale movement, albeit over a smaller area.

If a combination or your love for the films and the above trailer have you sold already, head over to the Steam store page to get involved.