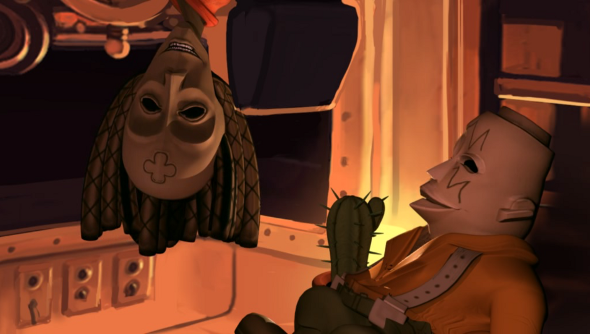 The Journey Down: Chapter One, the first part in an episodic Afro-noir adventure game trilogy, was released two years ago. Longer, if you consider that it’s a remake of developer SkyGoblin’s original AGS game. I reviewed it, enjoyed it, and then wondered when the second episode was going to come out.

Two years is a long time to wait. Long enough for the relationship to sour, though? No, as it turns out. This second outing is larger, ever so slightly more complex and considerably better put together than its predecessor, and loses none of its easy humour and rewarding puzzles.

Returning to The Journey Down our heroes, BFFs Bwana and Kito and their client Lina are dropped right into the thick of it – the “it” being a vast sea of mist beneath the edge of the world – without so much as a “Two years ago on The Journey Down”. But a quick chat with Kito serves as a recap, reminding Bwana, who may have taken a knock to the head, what the hell is going on. Reminding the player, too.

Bwana and Co have a lot going on. There’s an adoptive father and the legendary Underland to look for, a corrupt power company to avoid, dirty cops causing problems and, of course, many inventory puzzles and brain teasers to get wrapped up in. 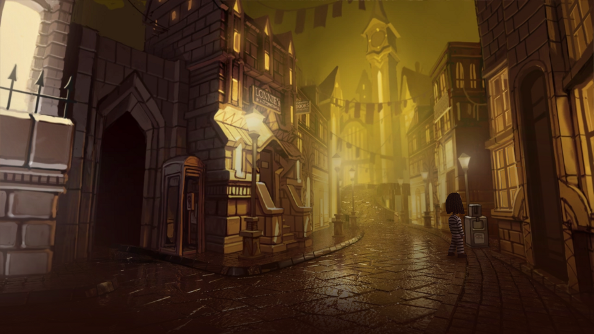 It’s no trouble, though. Bwana is a laidback rasta mechanic, quick with a joke and blessed with an ability to find just the right thing he needs to overcome any obstacle. Even being on the run in a struggling, miserable town with few friends and potentially quite a lot of enemies doesn’t keep him down.

Mentioning LucasArts or Grim Fandango has become lazy shorthand for describing adventure games that are good and a little traditional – which is funny, because Grim Fandango, at the time, was anything but traditional. But it’s hard to ignore the way that The Journey Down hits many of the same notes, with its distinctive art style – the African carved masks are reminiscent of Grim Fandango’s Mexican calaca figures – and, importantly, the way that SkyGoblin just gets puzzles.

Somewhere down the line, we started to equate difficulty with a lost age of gaming. It struck adventure games as it did many other genres. It’s bollocks. There are plenty adventure games from any era that are both crap and hard, or great despite moments of infuriating difficulty. Hopping between islands aimlessly in Monkey Island 2: LeChuck’s Revenge wasn’t what made it great. Instantly dying near the end of Space Quest because you did something innocuous hours earlier wasn’t what made it great, either. This is all just a big preamble to me saying this: The Journey Down is quite easy. And that’s totally okay. 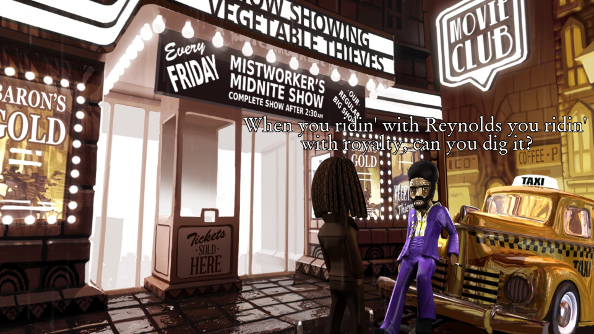 There are moments when it’s simply not clear how one approaches a puzzle, but when the brain fog parts, even the game’s trickiest conundrums can be solved quickly. There is nothing stressful about The Journey Down. Instead, most of its puzzles follow a simple pattern of acquiring the right objects to get people to help, fix something, or get inside somewhere. But they manage to strike a balance between simplicity and creativity. They are not so completely obvious that solving them doesn’t still provide that slight endorphin rush.

And these are puzzles where you’re rewarded for solving them. There aren’t moments where solving one puzzle merely leads to a second, trickier one. Each solution pushes Bwana one step closer to his goals, or at the very least there’s a gag, a cutscene or an important scrap of information at the end of the tunnel.

The inhabitants of the struggling town of Port Artue, despite living in gloom under an oppressive police force, are a chatty bunch, and unlike its predecessor, Chapter Two’s eclectic cast don’t sound quite so stilted. Most do like the sound of their own voice a bit too much, drawing out conversations when they maybe should be getting to the point, though. Contained within these chats are often the solution to puzzles, and while it can be a tad on the nose, it does give Bwana some logical reasons for picking up what could have seemed like utterly random objects. 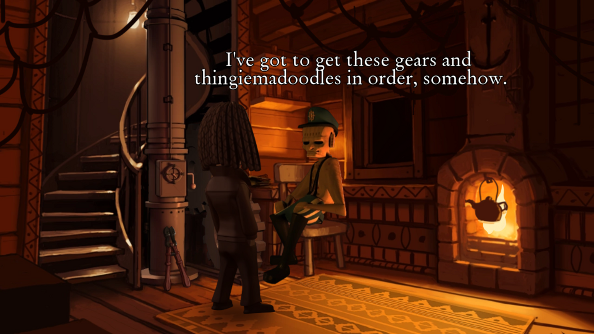 It’s big for an episodic adventure. Maybe even double the size of the first chapter. At the point where I was almost certain it was about to end and I’d be left waiting who knows how long for the finale, another act begins. It’s a delightful surprise. This gives Chapter Two room to do some serious world building. I now know, in perhaps unnecessary detail, a lot about fishing in the mist, and just how important eels are.

And all this is accompanied by a real stormer of a soundtrack, predominantly jazz, that’s the sort of thing you just leave playing even when you aren’t. Like Bwana, it’s often welcomely upbeat, despite the rather grim environs that make up most of the game.

The Journey Down: Chapter Two was worth the two year wait. It’s comfortingly traditional if you pine for the old days, but not laden down with overly elaborate multi-layered puzzles that’ll keep you bashing your head against the wall for hours. It’s an adventure game for the times where you want to just relax, and maybe feel a little cleverer than you really are. Here’s to hoping we’re not looking at another long wait for the finale.

Conveniently, the first chapter is up on Steam for less than a pound right now if you want to get started.