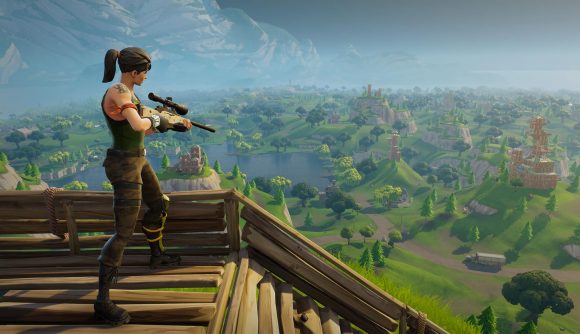 The American multinational investment bank, JPMorgan Chase, is hiring game developers to help extend its brand into the digital realm. The Wall Street bank has had no problems hiring top software developers, AI engineers, and game developers, some of who left jobs working on games such as Fortnite.

Business Insider reports that the JPMorgan co-president Gordon Smith says the bank has had “no problems attracting that talent at all” and that competing for top tech talent has “actually been very easy.”

“We’ve had great success at attracting talent and retaining them,” Smith said, speaking at a financial conference this week. “It’s been very exciting.”

Smith also told Business Insider that developers are joining JPMorgan because of “bragging rights” and the appeal of working on projects that come with a massive consumer base of “thirty, forty, fifty million customers.” He told Business Insider earlier this year that JPMorgan has an $10.8 billion tech budget and 50,000 technologists on its payroll.

Even though Fortnite is dominating the videogame industry it seems banks are having no trouble luring developers away from it. Business Insider reports that it’s not just JPMorgan who are poaching game developers but other Wall Street banks are also competing for tech talent.

Epic detailed in its August dev blog that Fortnite had 78.3 million plays in one month and it’s been reported that the battle royale has reached the point that, at times, it has more concurrent players than every game on Steam combined.