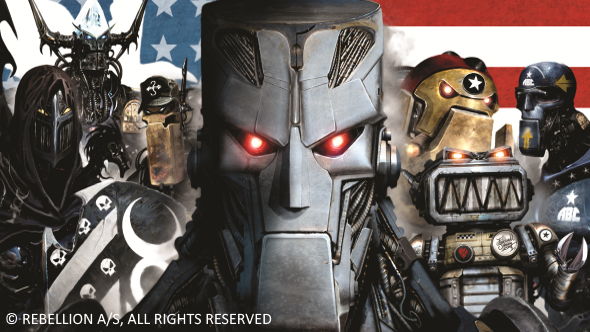 Rebellion are mostly known for developing Sniper Elite, but they’re also the owners and guardians of British comic 2000 AD. As part of the comic’s 40th anniversary, the studio have announced that they are licensing out the 2000 AD universe to other developers. This means that companies from across the world can now create games based on the likes of Judge Dredd, Rogue Trooper, and the ABC Warriors.

The 2000 AD universe is incredibly diverse and exciting, and the perfect fodder for videogames. The comics are action packed and often hideously violent, but also deeply funny and strange. They’re political, too, offering a unique satirical spin on social and governmental issues. The right developers could really create something special. Naturally, PCGamesN has a wishlist. 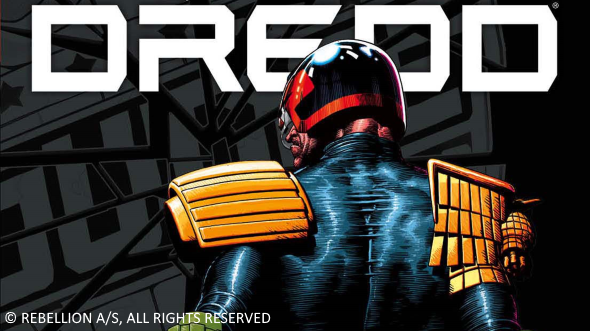 Mega-City One is an incredible creation. John Wagner and the various other writers and artists at 2000 AD have spent decades building this grotty urban sprawl, with every corner and back alley populated with strange characters and odd places. The obvious format for a Dredd game would be some kind of open-world design where you could cruise around on your Lawmaster bike, but those kind of games only offer a shallow facade of a city. Mega-City One needs to be dense with detail, just like the hub words Eidos Montreal make for the Deus Ex games.

The ideal Dredd game would take place in a small but incredibly detailed section of Mega-City One. Made up of two or three Mega-Blocks (the skyscrapers that make up much of the city’s housing), each one would house its own core quest line. Every floor would be explorable, populated by various gangs and groups that had their own stories and cultures. As Dredd, you’d be working your way through these blocks using a combination of interrogation dialogue and cold, hard murder. Any character can be arrested. Every NPC’s email inbox is under your jurisdiction.

The way Eidos Montreal build their games allows for a deep exploration of worlds as if they were characters. Mega-City One is a character as much as Dredd and Anderson, and it deserves a personality study. How better to get into the deep grit of this horrific place than by going full immersive sim on it? 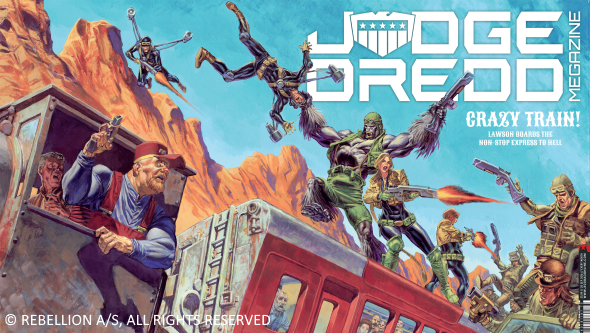 One of the comics that Rebellion CEO Jason Kingsley has said he’d like to see transformed into a game is Helltrekkers, and I’d like to see Stoic take the helm on this one. Helltrekkers is part Mad Max, part Jurassic Park; it sees a bunch of people flip the bird to Mega-City One and drive a convoy of wagons out into the inhospitable Cursed Earth wasteland in hope of finding a better life. On their travels they encounter dinosaurs, mutants, acid rain, and hideous disease. There is chinese food at the end of the journey though, so I guess it’s worth it.

The Helltrekkers’ journey is one of strife and hardship, and so some kind of survival game mechanics should play a part. You’d have to find food, water, and fend off the symptoms of Black Scab disease, all while completing missions and ensuring the convoy can continue. I’d like to see Stoic tackle these systems, drawing upon their road trip experience on The Banner Saga. Stopping to find resources needs to be a moral and tactical dilemma as much as busy body work.

I also love the idea of you having to look after your wagons and deal with randomised attacks, disasters, and internal struggles. Starting with 111 crew, they can all be lost to the harshness of the Cursed Earth. Can players make it to the end of the game and do better than the 95 deaths the comic Helltrekkers suffer?

The blue-skinned Rogue Trooper is the sole survivor of a number of super soldiers developed on the devastated planet of Nu-Earth. His comic series saw him tracking down and murdering the Traitor General responsible for the death of his comrades, as well as a variety of other high profile targets.

Rogue Trooper’s lone wolf status makes him the perfect character for Io Interactive. While the game would need to be far more action-focused than the studio’s Hitman games, they’re the perfect developer to create battlefield sandboxes full of inventive and hideously violent things for Rogue to make use of. And, if done episodically, it would pay homage to the issue structure of the 2000 AD comics.

There’s another reason the Hitman developers come to mind, though. In the comics, Genetic Infantrymen don’t die: their personalities and memories are stored on biochips in their skulls. Rogue carries the chips of three of his former comrades – Bagman, Gunner, and Helm – who are slotted into his backpack, rifle, and helmet respectfully. This allows their personalities and skills to live on in the form of, for all intents and purposes, sentient objects. This could be turned into a very effective spin on Hitman’s disguises mechanic.

Rogue Trooper could steal chips from the corpses of enemies (who conveniently now have this technology, because of… er, plot) and use them to augment his skills. Need to make a long range kill? Murder a sniper and slot his chip into your gun. Want to sneak into an enemy base? Steal the chip of an officer and gain instant access to the entry codes. 2000 AD is mad enough that you could even steal the chip out of a warehouse and slot it into your backpack for a thousand extra inventory slots. It’d be a fun mechanic, but also introduce a cool management feature that sees you swap between chips in order to make sure you have the right skills for the job. 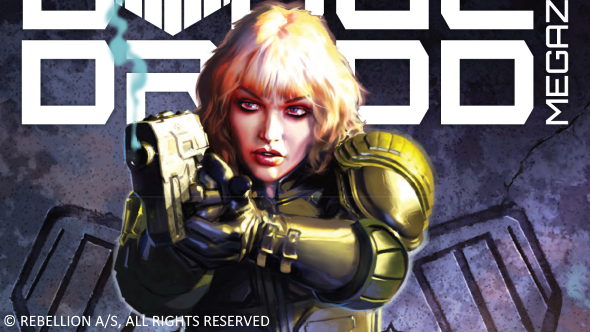 It’s tricky to imagine a 2000 AD game without thinking of Warhammer – another British export with a fondness for punk ultraviolence and a cynical view of the establishment. We’ve enjoyed intermittently wonderful turn-based adaptations from that universe on the PC, and it’s time Dredd was honoured with the same.

So: let’s combine the two in Dredd Tactics. A single-player roguelike campaign that finds a squad of Judges rising slowly through a single Mega-Block. Each floor is a randomly-generated tiled map – a segmented network of tiny apartments, malls and medical wings all crashing together. Quite literally, thanks to destructible terrain.

The combat would concern small-scale clashes with perps in a style reminiscent of XCOM and the original Fallout, and be complicated by fleeing civvies and friendly fire. It wouldn’t be Dredd without the undertone of authoritarian unease, after all.

It’s easy to imagine a Judge spending their final action points of a round switching the setting on their Lawgiver, before leaping out of cover to fire off an incendiary round that watermelons the head of their opponent.

Those are just some of the ideas we have brewing in our skulls. But what kind of 2000 AD game would you like to see made? Let us know in the comments.