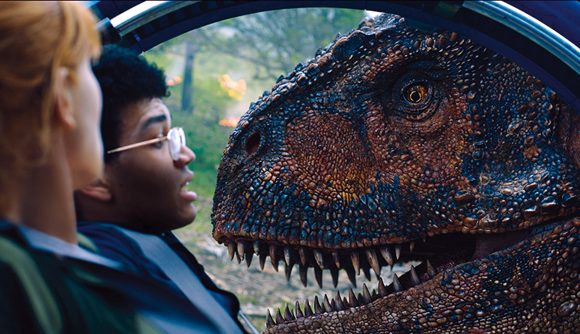 Jurassic World Evolution 2 is bringing back guided tours through dinosaur enclosures, but is set to change things up significantly by adding the possibility of Tour guests being attacked – or alternatively, they may get a lovely photo of themselves instead.

The first Jurassic World Evolution featured guided park tours as a good way for managers to boost their income, but it was rather basic – putting the recognisable Gyrospheres, that featured in major action scenes both Jurassic World movies, on a boring set path through dinosaur enclosures. There was the option to ride them, but that’s as far as the excitement went.

The sequel’s version of guided tours has received a major shot in the arm, according to the latest Frontier ‘feature focus’ post. Tours can now go through several enclosures and can be placed through paths and fences, including through the new Aviary for the flying dinosaurs – so it’s possible to have one single automated tour running across the entire park, much like in the original Jurassic Park.

There will be a tour guide – not Richard Kiley since he passed away in 1999 – and the player can place Photo Points where visitors can have their picture taken, Disneyworld-like, although sadly the game won’t save these photos.

More excitingly, however, Frontier confirms that Gyrospheres and other tours can finally be attacked by roaming dinosaurs – although the developer doesn’t say if guests on the tour can actually be eaten or not. Vehicles, however, can be damaged and “that section of the tour will shut down, and a Ranger team will be required to reboot the tour.”

Other new features recently revealed for Jurassic World Evolution 2 include the new scientist support team and the ability for raptors to hunt in packs, those clever girls. JWE2 is still without a release date, however, despite Frontier insisting the game will be out this year.