The Spinoraptor has a bark that sounds a little like a laugh. It sounds a lot like a laugh when it’s pacing between the fossil centres and fast food restaurants of your park, shrugging off tranquillisers and taunting the heli circling above. Can dinosaurs gloat? Honestly, I don’t know anymore. There’s never been a Spinoraptor before, and this one’s a particularly clever girl.

“Nothing in Jurassic World is natural,” Dr. Wu said in 2015’s reboot. “We have always filled gaps in the genome with the DNA of other animals. And if the genetic code was pure, many of them would look quite different. But you didn’t ask for reality, you asked for more teeth.”

Dr. Wu might be the villain we asked for, but he’s running with it now. In Frontier’s upcoming DLC, to which the dastardly geneticist lends his name, Wu puts you in charge of a black ops dino development unit.

The Spinoraptor is one of the results – a hybrid that pairs the sharp teeth of a Velociraptor with a Spinosaurus’s, uh, sharp teeth. 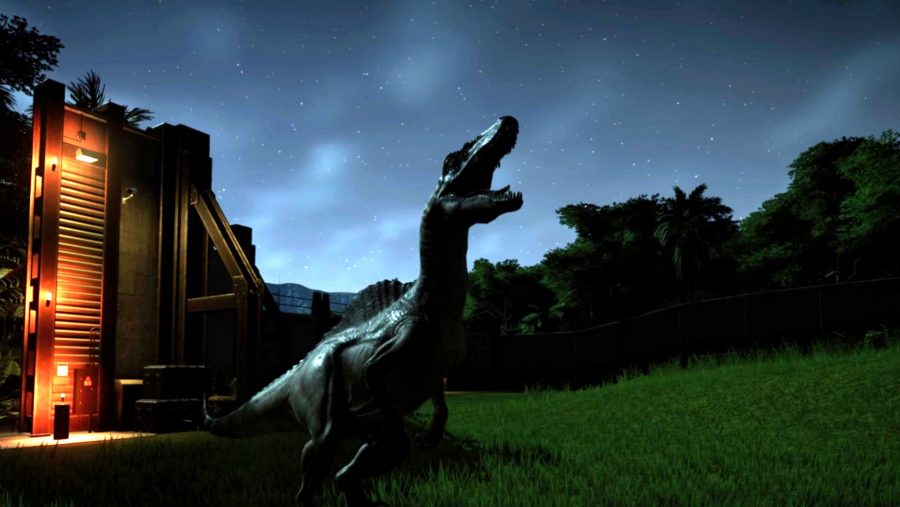 Ok, I’ll concede there were warning signs. The Spino’s first snack wasn’t the steak laid out specially on its feeder, but the Stygimoloch that was supposed to be its penmate. In my reading on the InGen database, I’d learned that the Spinoraptor would take its meat from any source – but once it ripped the Stegoceratops apart with splayed claws just to see it die, leaving its corpse untouched in the long grass until the transit team could get to it, I came around to the idea it was acting out.

Spinos hunt in packs, and all I’d done is double their firepower

The only thing Spinoraptors like as much as meat is good company, and I thought a friend might solve the issue. Turns out: no. Spinos hunt in packs, and all I’d done is double their firepower, bolstering their ranks for the coming war. The two of them made short work of the concrete walls intended to confine them, and were out padding the pavements even before the screaming staff and civvies reached their boltholes. 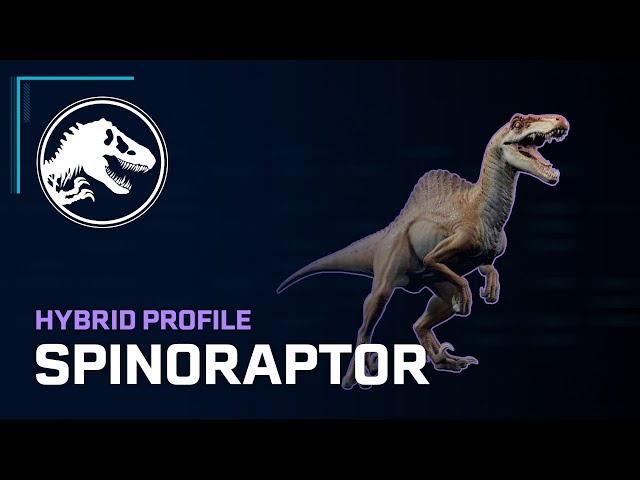 You’d run too. The Spinoraptor might have appeared in Lego Jurassic World, but it’s rather more intimidating here. Somehow, Frontier has managed to convincingly mount the crocodilian jaw of the Spinosaurus on the nimbler frame of the Velociraptor, which is a little like successfully miniaturising a nuclear warhead. Those teeth are carried on legs built for speed, which allow the Spinos to run rings around the tranquilliser team – not that catching up does any good. After Wu’s experiments, their hide is too thick to be pierced by anything less than the canines of a T-Rex. Which is exactly what I resorted to.

That’s right – the scourge of Jurassic Park, with the help of regular shots from the ranger team to top up its health, finally brought down the Spinoraptors. It’s a solution inspired by the old lady who swallowed a fly, which I believe is a parable about good crisis management. Thank you, Spinoraptor, for testing the park’s limits. I’m never incubating you again.

We’ve been cataloging hybrids from the labs of Jurassic World Evolution all this week. Secrets of Dr. Wu launches on November 20.