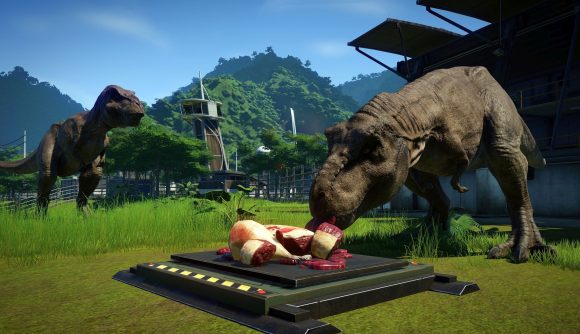 Dinosaur park management sim Jurassic World Evolution is getting its first premium DLC since its release in June. It’s called the Secrets of Dr Wu, and expands the base campaign with new missions, a new story, and several new dinosaurs.

The Secrets of Dr Wu will put you in charge of two new, ‘hidden’ research facilities on Isla Muerta and Isla Tacaño, so it sounds like the DLC will add these as new locations to existing islands. You’ll unlock these missions after achieving a four-star rating on Isla Muerta.

Dr Henry Wu, voiced by Jurassic Park actor BD Wong, is working on a new generation of hybrid dinosaurs at these facilities, and you’ll get to breed some of them yourself: the Stegoceratops, Ankylodocus, and Spinoraptor. These new hybrids will join two new natural dinosaurs, the herbivore Olorotitan and the venomous Troodon, in Jurassic World Evolution’s menagerie.

Developer Frontier says “players will confront an elevated level of chaos and threat caused by Wu’s machinations as they work alongside the doctor and discover new dig sites, facility upgrades, and research opportunities.”

Progress in the new missions will unlock upgrades and research options in the main campaign, including the Indominus Rex’s camouflage gene. 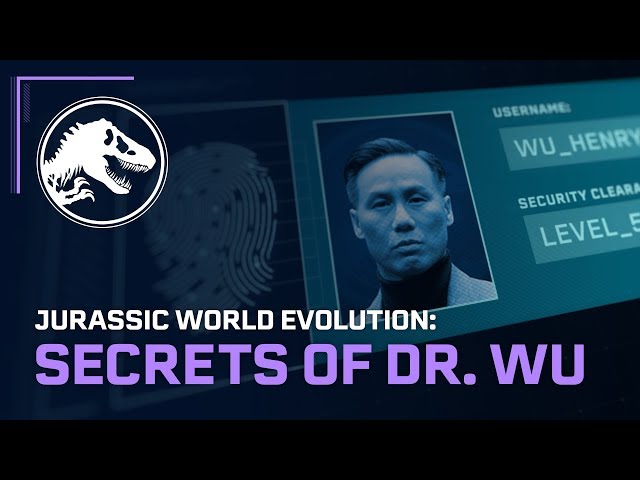 Jurassic World Evolution: Secrets of Dr Wu launches on November 20, and will cost you $14.99 USD / £12.99 GBP. Obviously enough, it requires the base game to play. A free game update will arrive alongside the DLC, adding an optional day/night cycle, new dinosaur sleeping and group behaviours (they’ll have ‘alphas’ now), new contracts, and new large-capacity feeders (thank God) for all players.