When Jurassic Park’s resident sceptic Ian Malcolm warned that its scientists were so preoccupied with whether or not they could, they didn’t stop to think if they should – well, he was only really talking about one scientist in particular.

If anybody gave birth to modern day dinosaurs, a metaphor it’s best not to think for about too long, it was Dr Henry Wu. Only he possessed the perfect makeup: a PhD in Genetics, and a grasp on morality less steady than a trailer on a cliff edge.

Honestly, it was only a matter of time before he started making dragons. At least that’s the vibe we’re getting from the Ankylodocus, a hybrid you’re going to help him bring about in Jurassic World Evolution’s imminent DLC, Secrets of Dr Wu.

Funnily enough, the Ankylodocus’ genetic history begins in videogames. The hybrid has never featured in any of the films, but was conceived for the iOS game that accompanied the release of Jurassic World. It emerges from incubation in more frightening form for Evolution. 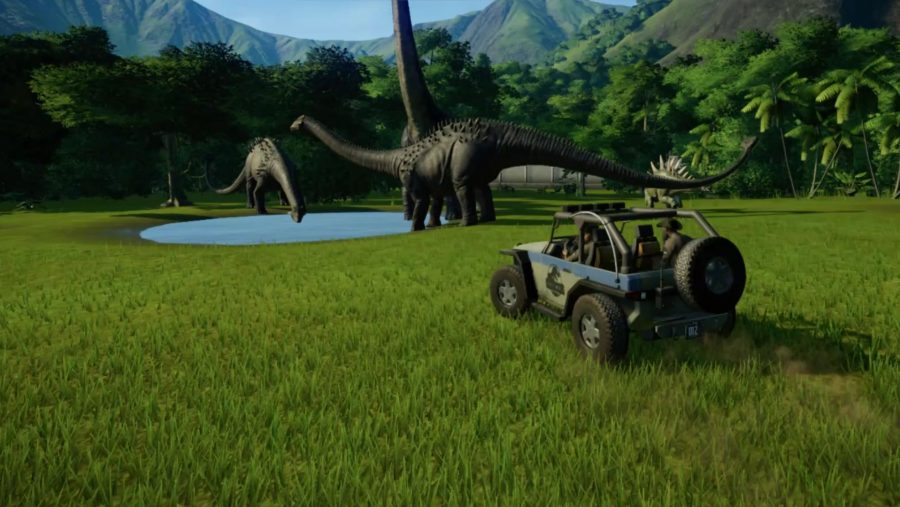 Like the big kid at school, Ankylodocus has no need to resort to violence

Thick, jagged spikes protrude from its flanks, like dangerous rocks that could smash a ship to pieces – or in this case, gore a foolish velociraptor. A tooth comb spine runs its entire length, from the top of its neck to the tip of its clubbed tail – both long enough to triple the beast in length. The club itself is large enough to hit a home run with a human head. The face is scaled and majestic – the kind that has caused us to imbue dragons with characteristics like haughtiness and impatience.

Except, behaviourally speaking, that’s not the Ankylodocus at all. The combination might make for a visually intimidating monster, but its two parents are both, well, lovely. The Ankylosaurus’ shell-like armour houses a shy grass-eater with a small social circle, while the Diplodocus’ neck isn’t for breathing fire – it’s for reaching the very tops of the trees to grab second breakfast. Consequently, the Ankylodocus is a docile herbivore. The only real danger it represents is to your park funds, as it scoffs the leaves from your park’s feeders at an extraordinary rate. For comparison, its metabolism is higher than that of the Brachiosaurus, which is so large even the highest viewing platforms can’t quite top it. 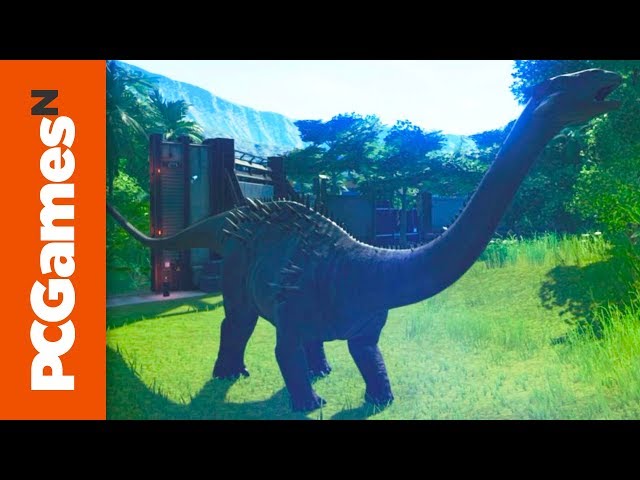 Even my Wu-like attempt to rile the creature up by introducing both a Tyrannosaurus and Indomitus Rex to its pen backfired, the Ank contently lapping up water at a nearby hole as two monsters of cinema battled to the death. The Ankylodocus doesn’t care for the cameras, which is perhaps why it exudes so much gentle charm.

We’ll be back tomorrow with another new hybrid from the labs of Jurassic World Evolution. Secrets of Dr. Wu launches on November 20.