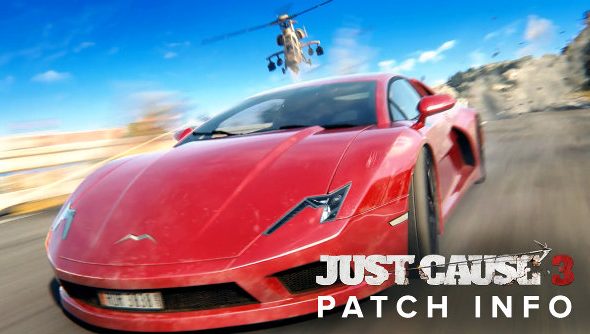 Some naughty scamps have managed to get hold of Just Cause 3 early in certain territories, prompting Square Enix to release details about an upcoming pre-release patch.

The patch launches this weekend over all platforms and apparently improves a bunch of things.

So if you’re playing it early, you might not be getting the intended experience and it could be worth holding off for the patch. Or, you know, just blow some shit up anyway.

The full patch notes are below. I like how they start off by injecting the Just Cause personality into it and then kind of just give when they realise how much effort it’s going to take.

Just Cause 3 wingsuits onto PC on December 1.