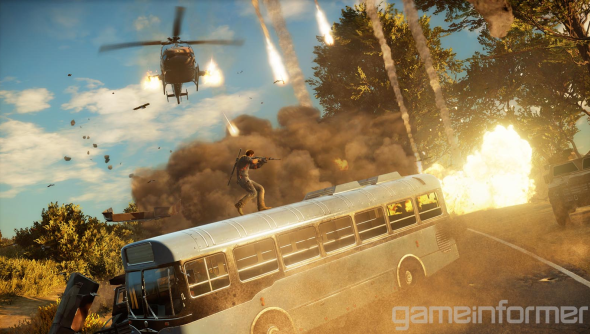 Just Cause 3 is a thing and that’s the best news of 2014. There’s not a single open world game out that competes with the sheer joyful abandon of Just Cause 2.

However, since the announcement a number of trouble rumours have emerged. Chiefly that Just Cause 3 is a free to play game.

Christofer Sundberg, Avalanches Chief Creative Officer, has taken to the internet to set the record straight.

“[Just Cause 3] is not a Free To Play game,” he wrote in a blog on Avalanche’s site. “It does not feature in-game micro transactions.” There will be DLC packs and items released after launch but the game itself will be available in shops as a boxed and digital release. As it was with Just Cause 2.