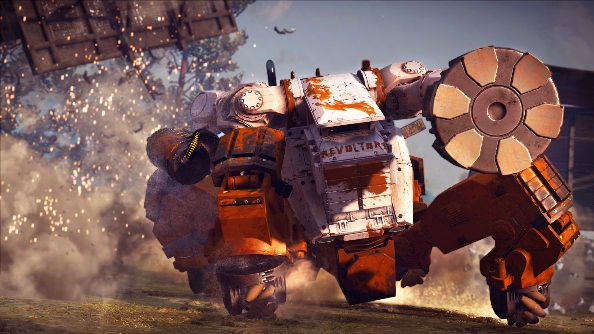 It’s safe to say that nothing does demolition quite like Just Cause 3. But why stop at rocket launchers and C4 when you could keep ramping up that chaos? That seems the mantra of the game’s DLC, and things are going to get increasingly bonkers with the release of the Mech Land Assault offering.

Does Just Cause offer you the kind of fun you can’t get enough of? Find more like it in the best sandbox games on PC.

As the title gives away, the new content allows Rico to commandeer a mech in his quest to destroy anything and everything. This arachnid-like tank comes in two configurations: one with a sputtering machine-gun, and another kitted out with a slower-firing but deadlier auto-cannon. Big guns are not what makes the mech special at all, though. 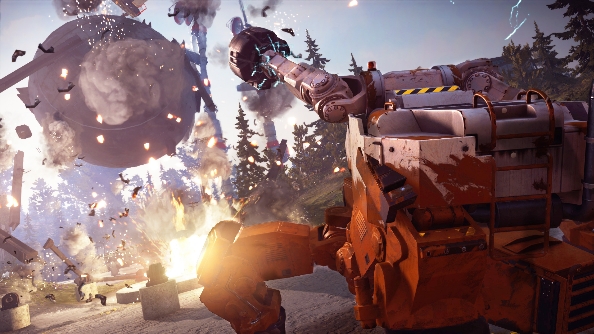 Bolted onto the walking tank’s other offensive limb is the GRIP, a gravity gun in the mould of Black Mesa’s finest output. It is, naturally, very handy at decimating enemy tanks by repeatedly ramming shipping containers into them. Imagine all of your greatest physics kills in Half-Life 2 ramped up to 11 in both chaos and scale, and you’re well on the way to visualising the fun you can have with Rico’s new toy.

The GRIP’s not just a ranged weapon, either. By charging it up and leaping high into the air, you can bat helicopters out of the sky like annoying metal wasps. Hammer it into the ground as a train approaches and you’ll derail it in a shower of sparks and fireballs that could convert even the most adamant anti-vandalism advocate.

While the mech is certainly powerful, don’t think it’ll make Rico an invincible murder god. On the new island of Lacrima, enemy mercenary group Black Hand have access to their own mechanised behemoths that will happily try to tear you apart with their own anti-gravity weapons. They don’t go down lightly, requiring the use of the special Bavarium Power Core rifle to sizzle their shields before you can hijack them. Failing that, you can always call in for an allied mech to team up with and double-team the enemy. 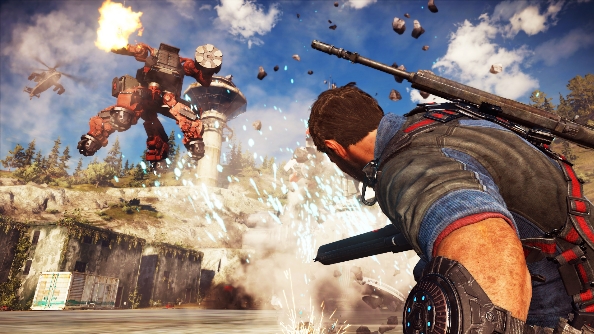 While doing things a little quieter is hardly why you’d play a Just Cause game, Mech Land Assault does allow you to do a little problem solving with its new walking weapon. The GRIP can be used in a few inventive ways, such as making a staircase out of crates for Rico to run up. When disembarking from the mech the anti-gravity effects stays active, and combining that with smart use of the grapple can allow for interesting, unexpected uses of the GRIP. These techniques may be handing in completing some of the mech-specific challenges available on the island.

Combined with the Sky Fortress DLC, we’ve now seen two elements of the Air, Land, and Sea season pass. And with both piling on the crazy with increasingly larger doses, I can’t wait to see what’s waiting in the ocean for Rico.

Just Cause 3 Mech Land Assault releases for season pass holders on June 3, and to everyone else on June 10.