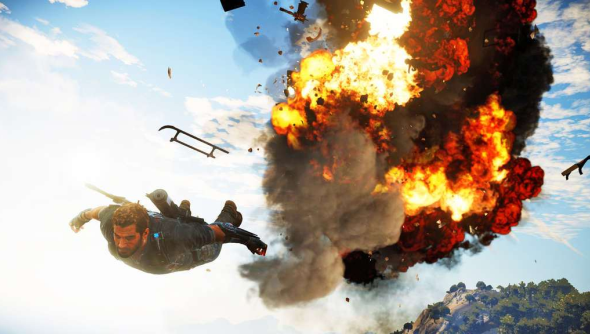 Both of Avalanche Studios’ previous Just Cause games have been big, brash, explosion-filled affairs. In the second game you could throw yourself out of a plane, land on another plane, pull the pilot out the cockpit, crash that into an army base (ejecting just before collision) and then set off on a motorbike firing a machine gun into clusters of explosive barrels.

Avalanche have chosen to go for a more arthouse approach in their third Just Cause game. It’s not about explosions anymore but developing Rico Rodrguez’s more sensitive side. 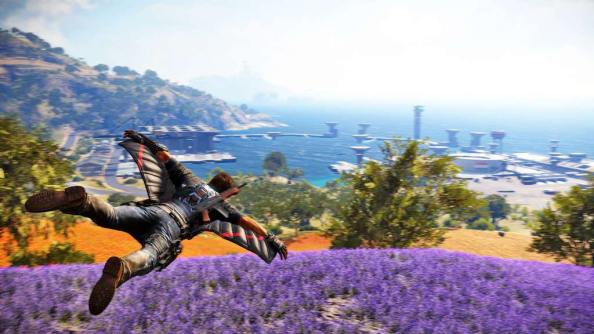 Rico going for a fly over a field of lilacs. 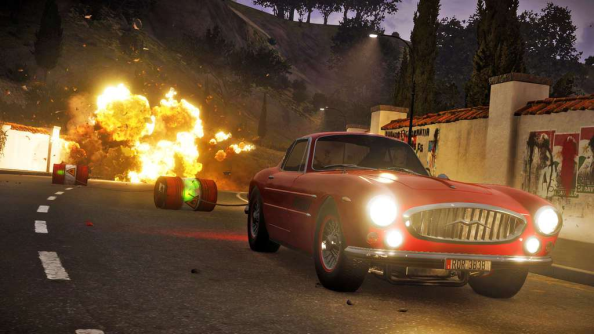 Rico on an evening drive. 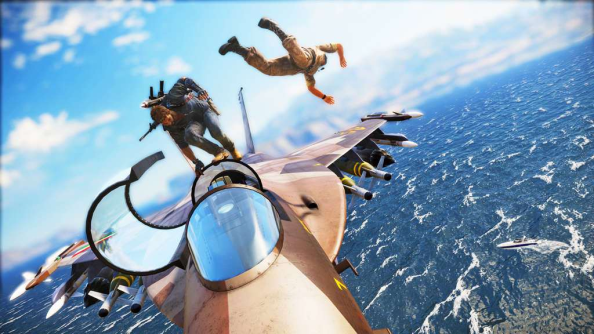 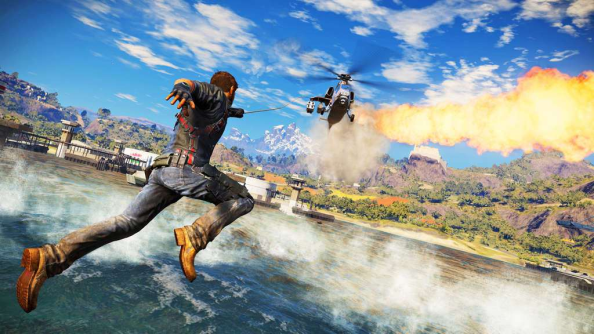 Rico going in for a hug. 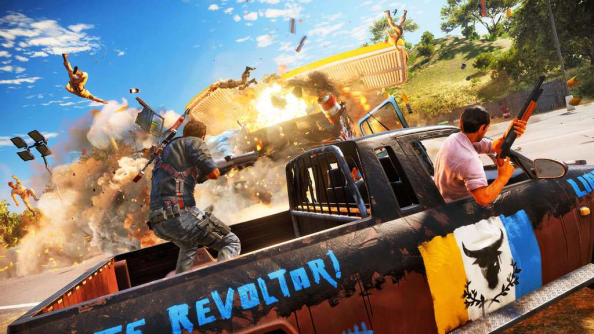 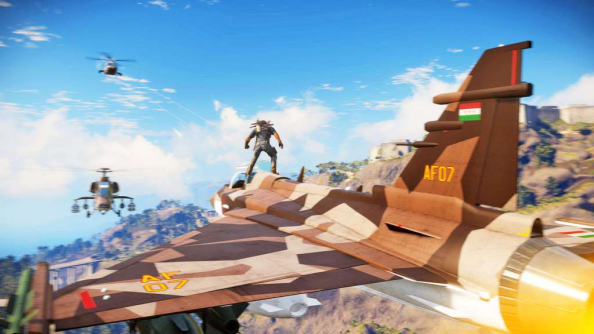 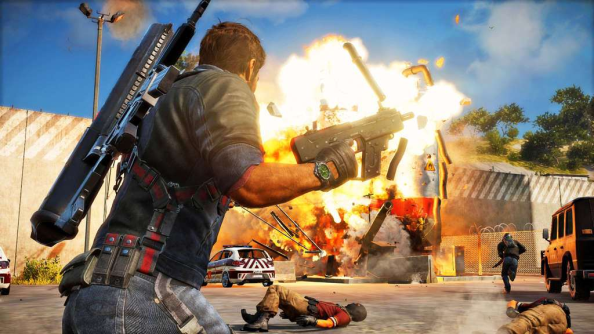