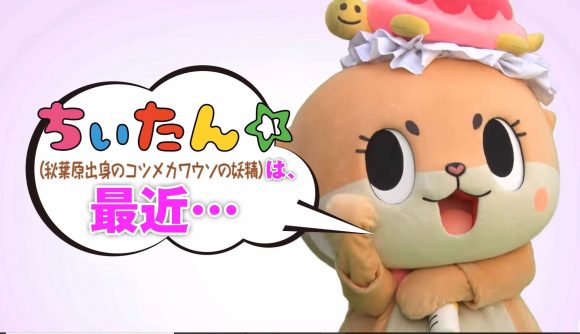 Just Cause 4 comes out in a couple weeks, and while here in the west we’re looking at promotional material that shows off its intense explosions, its insane weather systems, and its Die Hard-on-steroids appetite for giddy destruction, the Japanese marketing looks, er, kinda different.

The Just Cause series has had tongue firmly planted in cheek for the past couple years. Sure, the story has had Rico Rodriguez doing increasingly ridiculous things, but he’s always maintained an obviously vaudevillian version of seriousness – he’s the star of the quintessential “bad” movie that’s a blast to watch.

That’s why it’s fun to see how it gets packaged in Square Enix’s home territory. This promotional video – which is found on Square Enix’s official YouTube – leans into the silliness of Just Cause, comparing the hyper-serious action hero Rico with an adorable Japanese mascot trying to ape his moves.

That’s in stark contrast to the ads we’ve seen over here in the west, which are apparently required to take an increasingly silly series increasingly seriously.


Seriously, why do we need Just Cause 4 sold to us like it’s a new, high-tech Michael Bay movie? As a defender of the series, I’d like to think that fans understand that the last Just Cause games have been more about gleeful destruction and physical comedy than any Tom Clancy-lite plotline cooked up to justify what we’re seeing onscreen. More of this, please, and less po-faced pretense to geopolitical significance!

That said, I doubt I could have come up with a promotion like this.

Just Cause 4 comes out December 4.