At a glance, Just Cause 4 appears to be a generic open-world action game: the focus is on third-person gunplay and driving, and its vast map is seasoned with missions and side-quests.

But for all its familiarity Just Cause 4 is also quite unlike its open-world stable mates. More than the games before it in the series this is a physics toy. It might not look like mobile puzzler Cut the Rope, construction simulator Poly Bridge, or the playful engineering VR game Fantastic Contraption, but Just Cause 4 certainly shares in the playful chaos of those games.

Powered by developer Avalanche Studio’s amped up Apex Engine, the game takes place on a large fictional island inspired by South America’s landscape, which is populated with traffic at every level. Despite his best efforts to turn his back on a life of violence and danger, series stalwart Rico Rodriguez returns, finding himself as the champion of a rebellion against a well-armed private military company.

The Black Hand group are terrorising locals while wielding a deadly technology that gives them control over the weather, and they hold in their central base secrets that Rico longs to uncover. It’s the typical Just Cause narrative of pushing back against industrialised despotism, with the only way forward being to blow a lot of things up. 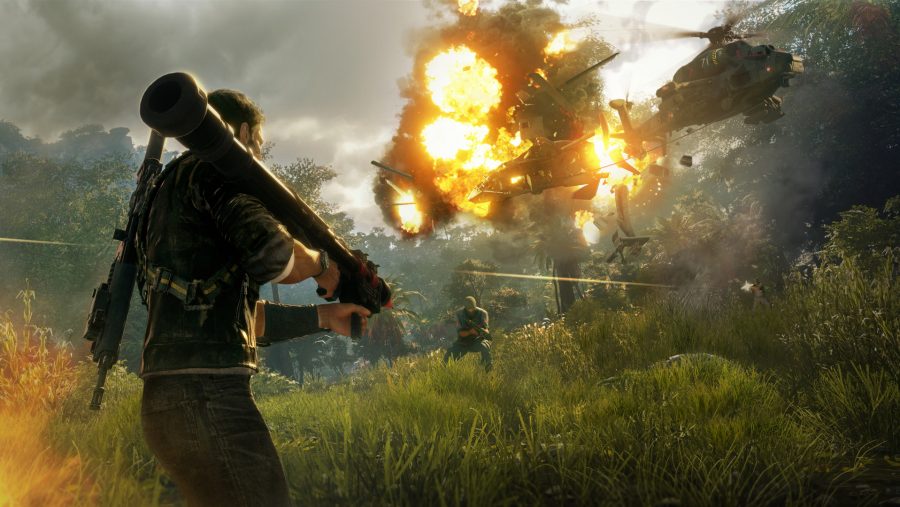 “We pride ourselves on Just Cause being the open world that gets in the player’s way the least,” Avalanche New York’s senior game designer Robert Meyer tells me. “We have that real player choice and freedom. But we still want to have a compelling narrative, and reason for you to want to know what happens next. So this time the narrative is a little deeper. There’s a little more mystery to it.”

There’s also a significant metagame played out on the in-game map. A shifting frontline divides the rebel and Black Hand territories. This time around that line is always active out in the game world. Get close to it and you’ll find the opposing sides pounding each other with ordnance. You’re free to join in, and any enemy hardware you destroy – be it vehicles, buildings or other objects – fills a ‘Chaos Bar’. 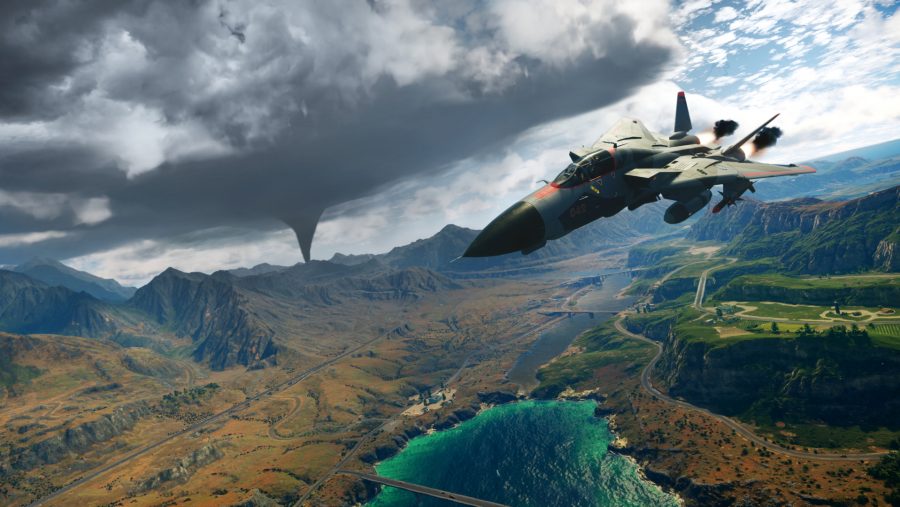 Top out that gauge, and you’re granted a fresh unit of troops to place via the map screen, advancing the frontline. Away from the organic battles, any Black Hand infrastructure ruined fills the Chaos Bar, granting more resource to throw at pushing the territorial line. It’s a smart way of making much of the activity in or outside of formal missions contribute to the overall advance through both map and narrative.

Across the game's many regions, you'll find furious tornadoes, raging sand storms, and other ungodly conditions. These events serve to upset and agitate the sandbox, making absolutely sure you can't rest easy. "The tornado is a fully 'physicalised' simulation," Meyers says. "It's not like there's any key-framed animations or anything like that. It's all actually physics pulling it, pushing it, and interacting with other objects in the game."

But where Just Cause 4 really comes into its own – as always with the series – is how it lets you traverse its vast expanse with the nerve of a superhero. Equipped with a parachute, grappling hook, and wingsuit, you can pull yourself to vehicles, terrain, and flying contraptions, meaning you can whip the landscape past you and hijack cars with great speed and ease. But this time the grappling hook is also a creative tool.

It can be used to fire ‘Lifter’ balloons that pull objects up, or ‘Booster’ rockets that provide forward motion. And you can tinker with, for example, a Lifter’s strength or its maximum altitude. You can set the balloons to simply float upwards, follow Rico, or pursue your crosshairs. The hook can link objects before pulling them apart, and then you can adjust how colliding objects interact. There are myriad ways to tinker with the grappling hook’s behaviours and functions. 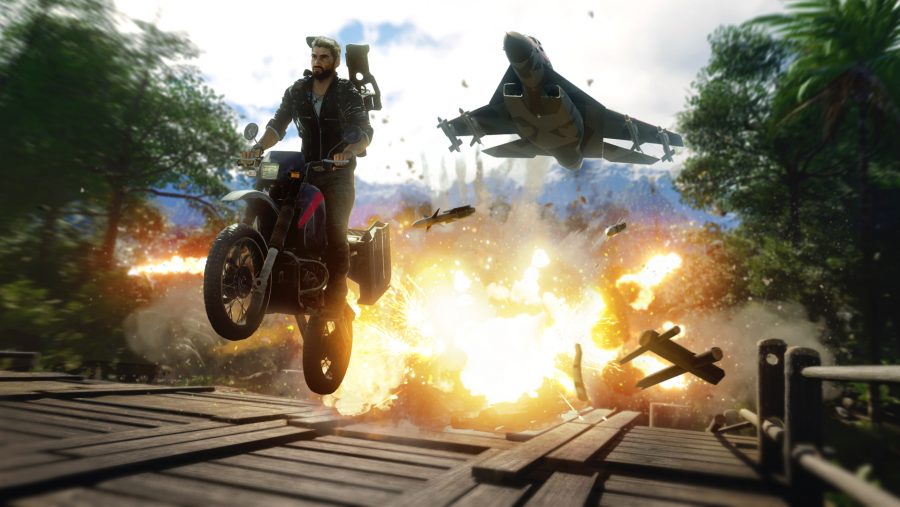 “That means there are notes of those [physics toy games],” Meyer says. “The ways you can combine Lifters, Boosters, and existing vehicles means you can pretty much build your own new vehicles out of anything. You could put balloon Lifters onto a tank, stand on it, lift it in the air, put some Boosters on the back, and now you’ve created your own sort of jet, armed like a tank.” 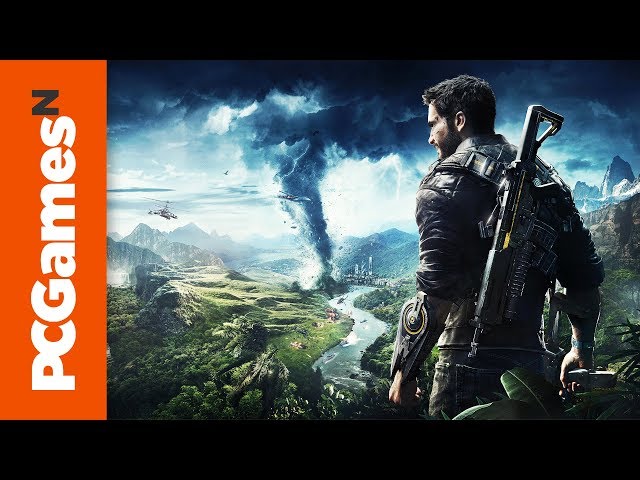 I successfully use Lifters to create a chain of floating platforms from shipping containers, and utilise the grappling hook’s ‘Impulse’ ability to slingshot a motorbike high over a small town, with Rico on the saddle, eyes set on a passing plane. It really does feel like a game that lets you build and solve your way through objectives any way you can conceive, even if it’s strictly about shooting and driving.

The preview build available did demonstrate a trace of graphical scruffiness that Avalanche assures me it will clear up before the game releases. At times the driving has a floaty feeling that disconnects me from the environment too. But overall, Just Cause 4 is huge, a great place to play, and with a handful of hours I’ve only dipped a toe into the possibilities.