Just Cause 3 has been untethered, launching into the sky and onto PCs, and the good news is that it’s really rather excellent. A giant toy box of explosive fun that takes the best bits from its predecessors and expands on them with fancy new tools like the liberating wingsuit and expanded functionality for Rico’s handy grapple device.

Want to know what we thought of the game? Check out our Just Cause 3 PC review.

But as great as Just Cause 3 is, it’s ripe for improvement by diligent modders, not unlike Just Cause 2. Avalanche have already gushed about how important mods were to the last game, particularly the much-loved multiplayer mod, so hopefully we’ll see even more ambitious projects in the latest game.

While we wait, however, let’s get our wishlist sorted out.

The Just Cause 2 multiplayer mod kept people going back to Panau long after the console lot had left it behind, and for good reason. It’s basically an entirely new game – an island paradise that you and all of your mates can utterly demolish, fly across and fight through. It’s glorious. And with Just Cause 3’s wingsuits and improved grapple shenanigans, One can only imagine the sort of absurd chaos that could be spawned. 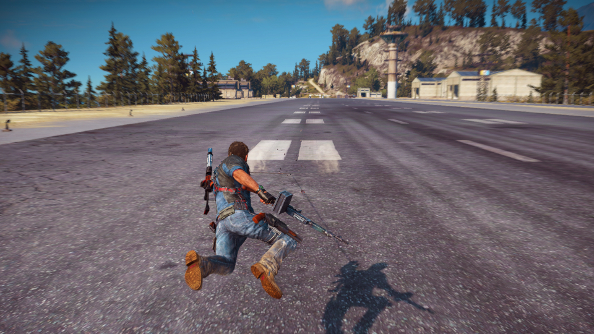 Just Cause 3’s tethers are a delight. Not only can you connect people and objects to each other, but by holding down a button, you can rapidly reel them in. So you can force enemies to collide, launch explosive barrels at buildings and even catapult cows into the sky. The game gives you two tethers to start with, which you can then upgrade, but we want all the tethers. We want there to be more tethers than people. We want to cover Medici in spiderwebs and then laugh as our PCs burn. 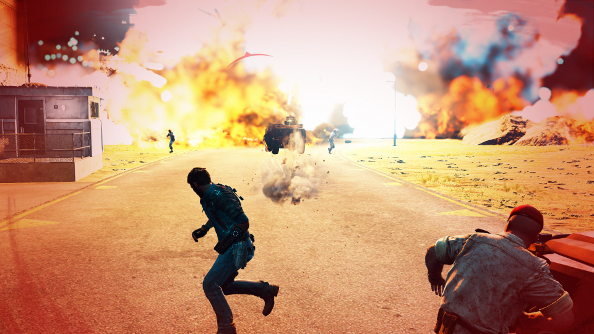 Rico is a tough chap. He can take a grenade to the face and just shrug it off. Eventually, however, Rico will die if enough grenades are fired at him, and sometimes you just don’t want him to do that. Sometimes you want to keep blowing stuff up regardless of how many bullets have pierced his surprisingly thick hide. So yeah, immortality would be nice. 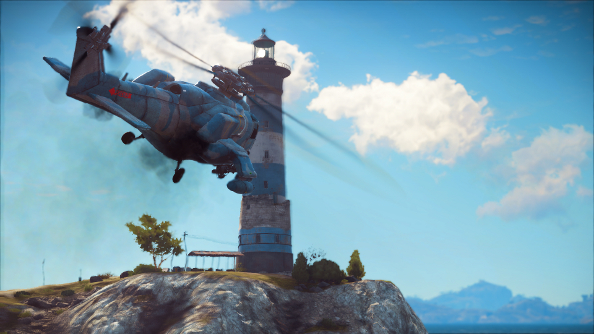 It’s nice to blow vehicles up. It’s less nice when you happen to be in said vehicle. Let’s put an end to that, okay? 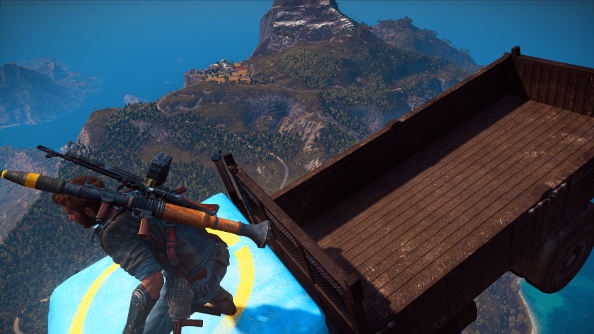 Envision a world where a plane can crash into a mountain and bounce off it like a bouncy ball, a world where cars skid around roads like they’re on ice, where gormless civilians can be transformed into pinballs by cruel gods. Wouldn’t that be lovely? Yeah, it would be. Just Cause 3’s physics are already ripe for laughs, but if we could make them just a bit more loopy, then everything would be right with the world. 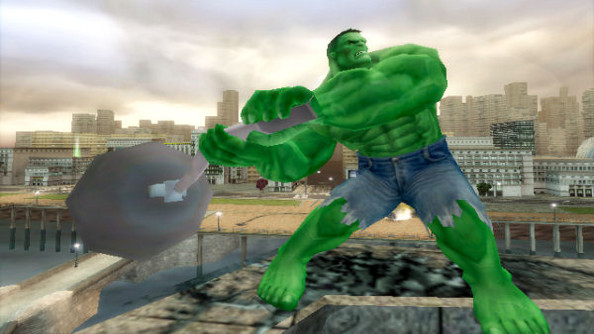 Remember The Incredible Hulk: Ultimate Destruction? It was a console game from 2005, and undoubtedly the best ever game to feature a gamma-irradiated scientist. It did what it said on the tin, giving the green smashing machine a city to crush and countless enemies to destroy. It’s utterly mad that we’ve never seen a sequel or something like it again, at least starring the Hulk. There’s a GTA V mod that attempts to recreate it, but Just Cause 3, with its love of destruction, is the perfect fit. 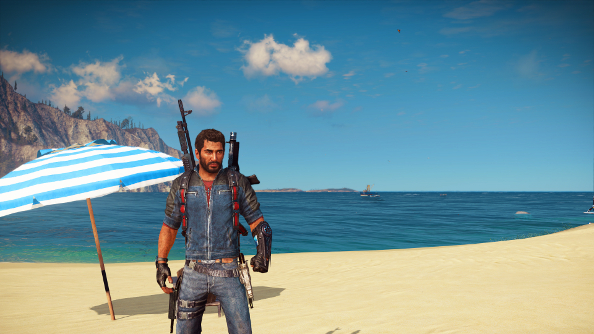 Rico Rodriguez is a handsome man. He now has a beard and wears denim, which has only made him sexier. But we can’t help but wonder what’s underneath that denim. Is his chest shaved or hirsute? Does he glisten when he sweats? Do his pecs bounce realistically? Would he like to go for drinks and dancing on Friday night? Many of those questions could have answers if somebody would be kind enough to create a beach volleyball mod. Medici has a lot of beaches, Just Cause 3 has a great physics engine, Rico no doubt looks great in trunks – it’s like the game was made for this mod. 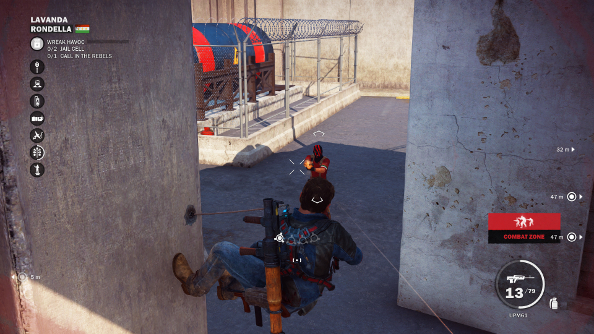 Aside from some of the explosive weapons, Just Cause 3’s guns leave a bit to be desired. They are a varied bunch, certainly, but they lack punch or any real feedback, and shooting in general is not as refined as it should be. One suggestion would be to just make every single gun fire rockets, but maybe that’s just us? 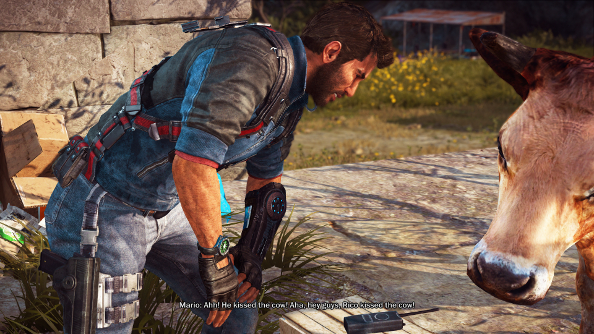 There are cows in Medici. You can catapult them over buildings and into mountains and onto enemies. There could be more of them. Perhaps the civilians, who are mostly awful and painfully stupid, could be turned into cows? Yes, we’d all like that. Imagine it: when an explosion goes off, instead of a horde of idiotic humans running into a wall en masse, it could be a bunch of stampeding cows. Lovely! 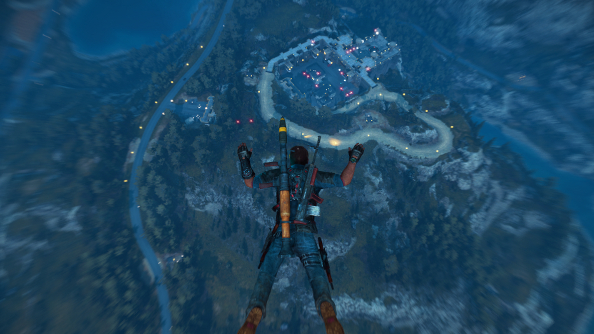 When you finish Just Cause 3, the game isn’t really over. Victory just means you get to start mucking around in sandbox mode. Here’s the thing though: sandbox mode is much better than the story mode. Since there isn’t a single person on this funny marble who actually cares about the paper thin plot of Just Cause, it would be great if we could just skip the filler and get straight to the good stuff.

What mods would you lovely lot like to see in Just Cause 3? Let us know your hopes and dreams in the comments section.