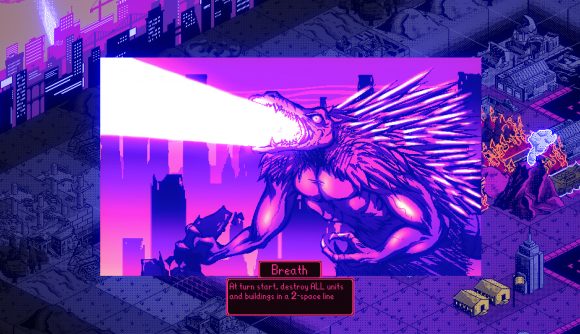 It’s Godzilla Day, the annual occurrence where Toho puts together a whole lot of merch and marketing to remind you just who really is the King of the Monsters. But hey, you don’t have to actually have a stake in Godzilla to enjoy a celebration of giant monsters. The indie devs behind Kaiju Wars are taking the opportunity to provide some new features in the demo for the upcoming strategy game.

This update adds local versus multiplayer to the Kaiju Wars demo on Steam, which you can also take online via Steam Remote Play. If you’ve not checked out the game before, it pits humanity’s forces against seemingly-unstoppable giant monsters, so in the multiplayer mode, one player takes on that role as normal.

The other player controls the kaiju, stomping around the maps, using abilities to wreak further havoc, and making use of Dark Project powers to make life even harder for the player controlling the humans. The devs warn that “this mode sure isn’t balanced at all”, but accepting your helplessness in the face of a giant monster attack is just part of the fun of kaiju, right?

Check out a bit of gameplay footage below. 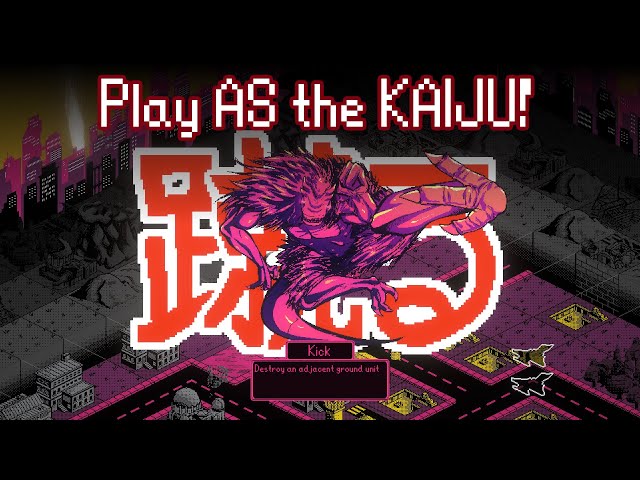 Kaiju Wars is due to launch in February 2022. For more upcoming PC games, you can follow that link.