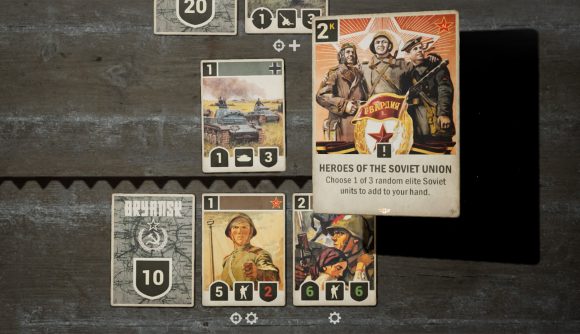 A big new expansion is now available for Kards, the WW2-themed collectible card game. Called Theatres of War, the expansion adds a total of 40 new unlockable cards, each associated with a new campaign for each of Kards’ five nations.

Britain, Japan, Germany, the United States, and Russia each have a new campaign in Theatres of War, and they’re all representative of a crucial historic World War II battle that nation fought. Japan’s campaign involves the invasion of the Philippines, while Britain’s takes place during the Tunisian Campaign (which historically was the context for the famous Battle of Kasserine Pass).

Theatres of War also introduces a new unit upgrade mechanic to Kards. Using this, players can improve certain units between individual battles in each of the campaigns, adding yet another traditional wargaming mechanic to the CCG table.

1The new cards are divided evenly between the five nations, giving them eight new cards each. The campaigns all have new headquarters tables that match the setting – you’ll see the jungles of the Philippines or the snowy tundra of Russia reflected in the table you’re playing on.

Here’s a reveal stream for the new cards: 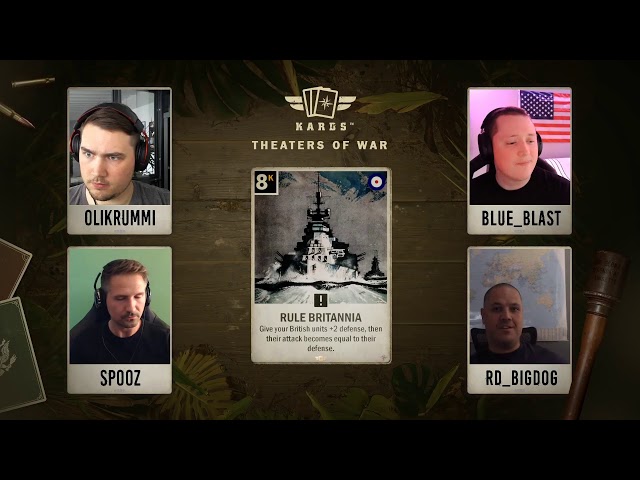 You’ll unlock the new cards as you play through each campaign. In addition to the two mentioned above, the United States has Guadalcanal, the Germans battle through El Alamein, and the Soviets have the Battle of Moscow.

Kards is free to play on Steam, and the new Theatres of War expansion is available as an in-game download for $29.95 (or your regional equivalent). You can also purchase individual campaigns for $7.95 each, or for in-game gold.