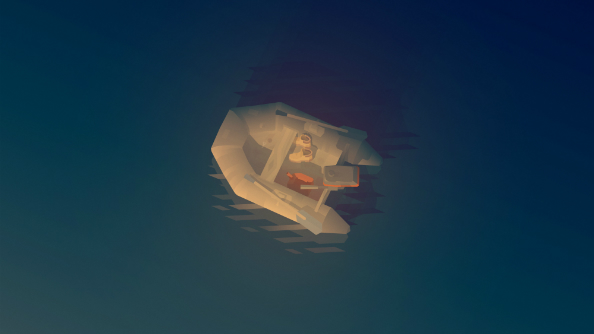 This is the best news I’ve heard all day – no offense, This War of Mine board game. After a quiet year since Kentucky Route Zero got its third act, in which time some convinced themselves that Act IV would never come, or that its non-appearance was intended as a piece of performance art, developers Cardoard Computer have recently confirmed that Act IV is “almost done.” Phew.

Publishers? Who needs them, amirite? Seriously though, check out our best PC indie games.

Act IV is almost done! Excited to share it soon.

Carboard Computer have also offered assurances along the way that Act IV has been WIP the whole time, releasing a new screen of a gas station back in August and explaining, also via Twitter, that “Our process is at odds with some expectations about how long this should be taking. But we’re not changing our process.”

I’d hazard a guess that the vast majority of KRZ players would be mighty glad to hear they’re not changing their process in the name of expedient delivery. It might take a while, but when an episode does emerge from the ephemeral cloud of half-forgotten dreams where Cardboard Computer exist and weave their arcane wares, it’s usually pretty damn good.

The existing three acts are among my favourite experiences in recent years. It’s a slow-burning game, not one that punches you in the face with its brilliance in the opening 15 minutes as you might come to expect after reading so much of the praise it attracted. But in time the sombre atmosphere and low-key magical realism really get under your skin.

There’s just one more planned act after number IV, and as you might expect it has no release date thus far.