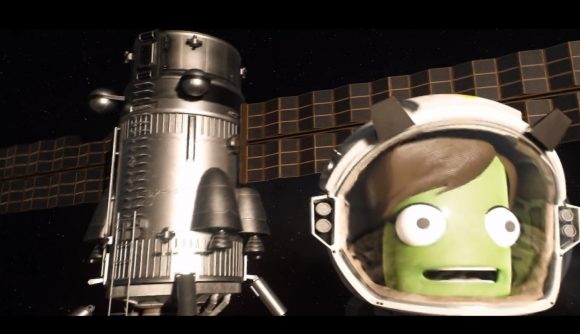 Kerbal Space Program 2 never had a proper release window, but it was scheduled to launch by the end of the year. Now, it’s suffered a substantial delay, as the developers have announced that the launch of Kerbal Space Program 2 has been pushed back to fall 2021, in part due to issues working during the COVID-19 pandemic.

“We are making a big, expansive game loaded with new features, but doing so will take longer than we previously anticipated,” the devs say on Twitter. “With everything going on in the world today due to the COVID-19 outbreak, we’re facing many unique challenges that require more time to safely iterate, create, test, and make KSP2 as great as it can be.”

The previous Kerbal Space Program 2 release date was set for sometime between April 1, 2020 and the end of the year. That window was revealed as part of publisher Take-Two’s last financial report, and yes, today’s announcement comes alongside another round of financial disclosures.

We’re still getting new KSP content this year, as the free Shared Horizons update for the original is scheduled to launch in July.

There will be space games to enjoy in the meantime, but the void left by the KSP2 delay will be vast as the final frontier itself – here’s hoping the longer development time results in a better game and, more importantly, keeps the developers safe.