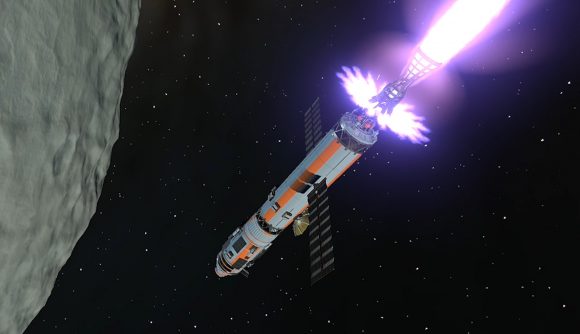 Kerbal Space Program 2 is still rocketing toward launch sometime in the next thirteen months, and today brings a load of news about the spaceflight simulator. Publisher Private Division (a subsidiary of Take-Two) has announced a new US studio dedicated to work on future sandbox space games, and the developers have released a video showcasing snippets of gameplay and some of the (very) experimental new tech you’ll be able to play with.

KSP2 will include a big focus on the experimental, near-future tech behind ideas like commuter spaceships and planetary colonies, as the developers explain. That includes tech like nuclear pulse rockets, which function basically how they sound – vessels get pushed along by the force of miniature nuclear explosions. Restrictions on nuclear testing ended those experiments in the real-world, but you’ll be able to build rockets with the tech in KSP2.

We’ll also get to build ships powered by metallic hydrogen, an experimental fuel type that’s just past the current state of real-world tech. One of its benefits is that the exhaust can be directed by magnets without touching the physical rocket, letting the fuel burn far hotter without overheating the machinery.

You can get a whole lot more science (and some gameplay footage) in the video below. 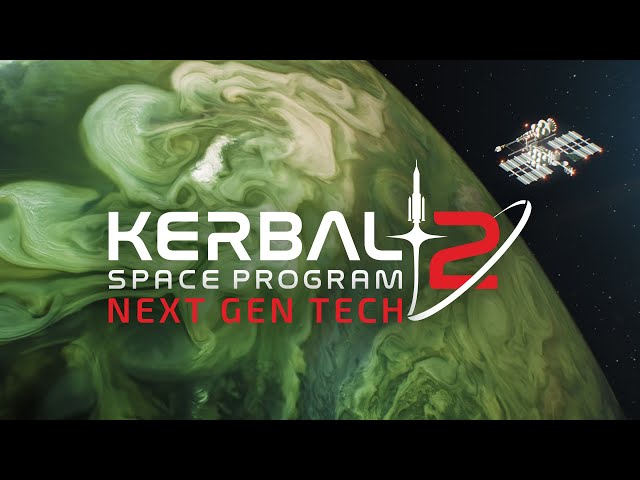 The new Kerbal Space Program 2 studio will bring over members of the previous development team – including studio head Jeremy Ables, creative director Nate Simpson, and lead producer Nate Robinson – and will be located in the “greater Seattle area,” as a press release explains. That’s right next door to previous KSP2 developer, Star Theory Games – but there’s no word yet on what this means for that studio.