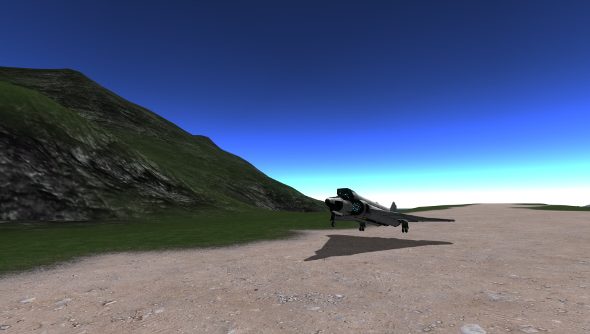 In advance of Kerbal Space Program’s aerodynamics update, Felipe Falanghe has gone through what virtual astronauts, cosmonauts and spaceship engineers can expect, as well as reiterating the goals of the project.

Squad’s still working on fine-tuning the tricky balance between realism and fun. “[O]ur main goal with this is to make the game more fun,” writes Falanghe. “We are not looking to make things more realistic just for the sake of being realistic. If it doesn’t make the game more enjoyable overall, then it’s not worth adding.”

The focus on fun does not equal a loss of realism, however. Changes coming in the next update will actually make the flight model more realistic, Falanghe explains. “[A]more realistic model means a more intuitive model, and more intuitive does mean improved overall enjoyment of the game.”

The current system has a few problems and gameplay limitations. The meaningless of cargo bays and noses, the lack of differences between streamlined and non-streamlined builds, the inefficiency of wings and their inability to produce a lot of life, and the trickiness of building spaceplanes with the with the UI are all issues the next update is concerned with.

At the moment, Squad plans to create an improved lift model, improved drag simulation and changes to craft designing, specifically spaceplanes. The latter involves creating a new UI which displays more information clearly, so engineers won’t have to rely on trial and error.

Falanghe doesn’t think the UI will fix all the problems, though, so Squad is also developing a handy warning system that highlights potential issues with a craft as well as tutorials that teach would-be designers how to build a functioning spaceplane.

Concerns about the impact big changes will have on mods has also been addressed.

“This I think is one of the most frequently heard concerns, that our overhaul will prevent aerodynamics mods from functioning. This, as much as possible, is something we don’t want to cause. Mods may very well become incompatible after the upgrade, as they often do, but we are by no means trying to prevent mods from functioning afterwards. If the new system is not to your liking, it should still be moddable just as much as the existing system is. We are changing how the stock aeros work internally, but as much as possible, we’re striving to make the transition as transparent as we can to all other components, keeping the changes contained to their original modules.”

Kerbal Space Program finally hit beta late last year, which brought with it over 170 changes to the Early Access game.