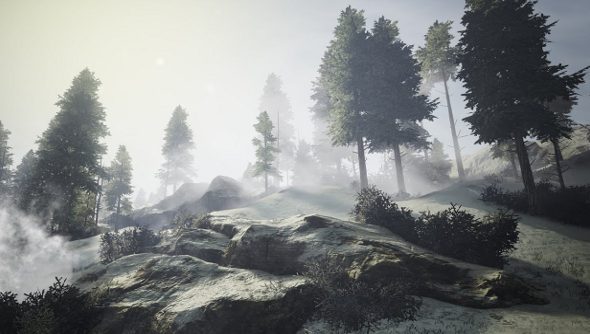 The sort of horror that we get to experience in games tends to have a fantastical bent – whether it’s brain-munching zombies taking over a country or monstrous creatures prowling an asylum, whatever frightening things they may contain, the premise is never not silly.

The “Dyatlov Pass Incident” did happen, though, and it’s the setup for IGN.PRO’s upcoming horror game, Kholat.

In 1959, a group of hikers got lost in the Ural mountains, in Russia. Their campsite with eventually discovered, along with their shredded tent, and then the bodies were found. They were half-naked with a variety of injuries. But none of the wounds were fatal.

The case was closed, with the consensus being that they died because nature is a bastard. An avalanche was blamed for their injuries, while hyperthermia was blamed for their deaths. Even the lack of clothes was explained, as the clothing of the dead was taken to keep the living warm, and stripping down because of perceived heat is also a symptom of hyperthermia.

Despite this – and thanks to some controversial “facts” – it is still hailed as a mystery though. And the grisly remains of the hikers, tongueless, faces caved in, bones broken, are exactly the sort of things horror feeds on.

Cracked solved the whole thing back in 2008, of course.

Kholat takes place years after the incident. Players wander Kholat Syakhl, the mountain the pass is in, trying to solve exactly what happened here. Here’s a tip: when planning holidays in Russia, avoid places that literally mean Dead Mountain.

The atmosphere is dictated by a “fear management system”, essentially a director that plays with the atmosphere, attempting to increase dread and anxiety depending on what the player is doing.

Due out early next year, Kholat was recently rebuilt using Unreal Engine 4 to improve the game’s graphics, IMGN.PRO says.

Here’s a melancholy trailer to get you in the mood.