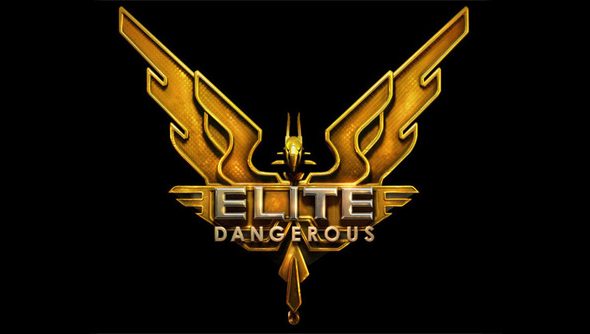 One of the most unusual things to come out of Kickstarter so far is Elite – Reclamation. It’s a Kickstarter created by an Elite fan solely to raise funds for their own Kickstarter pledge. I’ll give you a second to get your head around that.

Author Drew Wagar will use the money raised to pledge to one of the highest tiers for Elite: Dangerous, giving him the right to create an original piece of fiction set within the game world. Wagar asked the internet for £4,500 pounds for the privilege and the internet responded, helping Wagar clear his target with a month still to go.

We contacted Wagar, who has previously written both the original novel Torn and a series of works based on the open source Elite clone Oolite, to ask how he became an Elite fan, what his plans for the novel are and, most importantly, what he’ll do if Elite: Dangerous isn’t funded.

Drew Wagar: The first game I remembering seeing was Pong, in a fish and chip shop in Folkestone. I nagged my parents and grandparents around those old sea-side arcades to play Pac-Man, Asteroids, Defender and Space Invaders when I was a young lad. I was lucky enough that my Dad was an electronics engineer and built a home computer in the late 70s. I had a two year head start on my peers at school. The ZX Spectrum was my second computer and I’d had it for a year when the BBC-owning kids at school began talking about this new computer game in hushed tones of awe and incredulity. I can still remember my first view of Elite; vector graphics with hidden line removal. I already knew how difficult that was to do. Fortunately it wasn’t long before it was ported to the Spectrum and, lensloks [copy protection] not withstanding, I was off exploring the galaxy at the tender age of thirteen.

I was seriously into space from a young age, and Elite was one of those games I just played and played. Even when my friends had moved on to Atari STs and Commodore Amigas I would still be found in the cockpit of a Cobra. I ended up with a PC at university, and it wasn’t long before Frontier ended up on that. There weren’t many other games that caught my imagination in that way. Homeworld was one I remember fondly, and I’m always partial to a decent driving sim.

Oolite I discovered by accident. I was hoping to see Elite released for the Palm PDAs (remember them?) but that eventually came to nothing. I searched for an ‘Elite’ port that would run on Linux and discovered Oolite in 2006. Paul: How do you feel about the return of Elite, particularly as a crowdfunded project? Do you have any expectations for the game?

DW: The latest installment of Elite, Frontier First Encounters, was released in 1993. Think about that for a moment: nearly 20 years ago. That’s an entire childhood. If you’d asked me this question a month ago I’d have said it was never going to happen. I was of the opinion that David Braben had simply left it too long, that the demographic that played these games was just getting too old. Most of us are 40 or older now, with responsibilities; family, work and other commitments.

The crowdfunding approach is a new one on me. I think the idea of testing whether the concept of Elite still has currency here and now in 2012 makes sound commercial sense. Yes, there is a lot of nostalgia, but will it convert into game sales? Why not pitch for the money you need in advance? If it’s true that game publishers will no longer take a punt on something outside the mainstream of FPSs, MMOs and the latest derivative of Mario or Zelda, what other choice to you have?

Personally I can’t wait. A modern version of FFE, with up to date graphics, combat without the jousting effects of strict adherence to Newtonian physics and enough eye candy to sink a battleship would suit me fine. I hope to see even more and judging by the few glimpses we’ve seen, there’s plenty to come. Paul: You wrote a series of free novels for Oolite. What inspired you to do this?

DW: Elite came with a novella, by the late Robert Holdstock, called ‘The Dark Wheel’. It wasn’t his greatest work by a long shot, but it was a clever way of extending the game manual. Whereas the manual told you how to play the game, ‘The Dark Wheel’ told you what the Elite universe was like, a bit of colour here, a bit more detail there. When I came across Oolite there was a single piece of fiction available. I felt we needed something analogous to ‘The Dark Wheel’ and wrote it. Although Oolite is based on Elite, there is a bunch of extra equipment you can buy for your ship, that wasn’t in the original game.

‘Status Quo’, my first novel for Oolite, explained how this stuff worked and what you could do with it, in the midst of a space opera, similar in principle, to ‘The Dark Wheel.’ The fans seemed to like it and it got adopted as the ‘Oolite Novella’. I followed it up with 3 sequels detailing the adventures of a feisty and unpredictable heroine.

Paul: You seem quite confident about when you can deliver this Elite novel, as well as how big it would be. Does this mean you already have some plot ideas set out, and can you share those?

DW: I’m completely confident. Having written 6 books I know how quickly I can write a given number of words. For Elite: Reclamation, I’m aiming for 70-90k words, 250-300 pages. That’s more than doable in a year, including editing and proof-reading. I have plenty of ideas, but I’m waiting for some official info from David Braben as to ‘where we are’ in Elite : Dangerous. Is it a reboot of Elite perhaps? Or is it set after the events of FFE? I’ll need this to figure out the detail. What I can tell you now is that I’ve gone for the title ‘Reclamation’ quite deliberately. There will be themes of taking back ownership, revisiting things that have gone before; a sense of loss and a struggle to gain them back again. The story will be based around a loss, hoping against hope; echoing the long wait the fans have had for this new version of the game. Paul: And what will be the tone and feel of this work?

DW: It will be a lot darker and tougher than my Oolite Saga. That was quite deliberately rather tongue-in-cheek (particularly the early books). It was entertainment for the fans, sprinkled with in-jokes for those in the know. Reclamation will be far more serious, a no holds barred story set in the Elite universe. This is my chance to set the tone for the game and I don’t intend to waste it.

Paul: Do you have a plan in case Braben breaks from established Elite “canon”?

DW: I’m not convinced there really is an ‘Elite Canon’ to be honest. Elite doesn’t sit all that well with Frontier and FFE from a continuity perspective anyway; too many unanswered questions about the Thargoids, the strange alien races that simply disappeared (what happened to all those felines, rodents, lizards and so on?) not to mention most of the planetary systems being different. I think David Braben has something up his sleeve, but we’ll have to wait and see.

Paul: Kickstarter usually keep a percentage of any funds raised, meaning you’ll possibly be footing some of the bill yourself. Are you happy to do so?

DW: Yes. My premise was that ‘funding me was funding the game’. I will be picking up the slack so that remains true. Paul: What would you do if the Elite: Dangerous Kickstarter itself was not successful?

DW: Apart from cry? Well, David Braben has generously offered the license to write a book in the Elite universe for half price if the game doesn’t go ahead. Given that we’ve passed that amount in my project and look set to be successful, I’ll be writing Elite : Reclamation regardless. That will still be great, but it won’t be half as sweet without a game to play.

Paul: Finally, and perhaps most importantly, what’s the best ship in Elite?

DW: I had a dalliance with the Imperial Courier from Frontier, but I’ll always come back to the Cobra Mk3. That shape, the interlocking triangles is so burnt into my consciousness that flying any other ship just doesn’t feel quite right. It’s not the fastest, the toughest or the best for cargo, but as an all rounder it’s probably the best ship in the game. Certainly I hope to be flying one in Elite : Dangerous – and I can’t wait!

{"schema":{"page":{"content":{"headline":"A Kickstarter pitch for a Kickstarter pledge: author Drew Wagar on raising money to pay to write the next Elite novel","type":"news","category":"elite-dangerous"},"user":{"loginstatus":false},"game":{"publisher":"Frontier Developments","genre":"MMO","title":"Elite Dangerous","genres":["MMO","Simulation","RPG"]}}}}