Do you hate spiders? Like, hate them enough to kill them, but not enough to avoid games that feature them? Then Kill It With Fire is the game for you. The upcoming indie title is all about killing spiders with increasingly ridiculous volumes of collateral damage, and if you’re looking for a few free laughs, there’s a demo available now on Steam.

Kill It With Fire makes you an extremely zealous exterminator. You get a notepad with a small task list, and you’ve got to seek out both spiders and an arsenal with which to kill them. Your implements of murder start with the notepad itself, then expand to include items like shurikens, shotguns, and the ol’ hairspray-and-lighter combo, for some of that titular fire.

The full game is scheduled to launch this summer, but you can head to Steam to grab a free demo right now, called Kill It With Fire: Ignition. This is a “sampler chapter for the full game”, and offers around 30 minutes of spider-killing game time.

You can check out a trailer below, or an extended gameplay demo on YouTube. 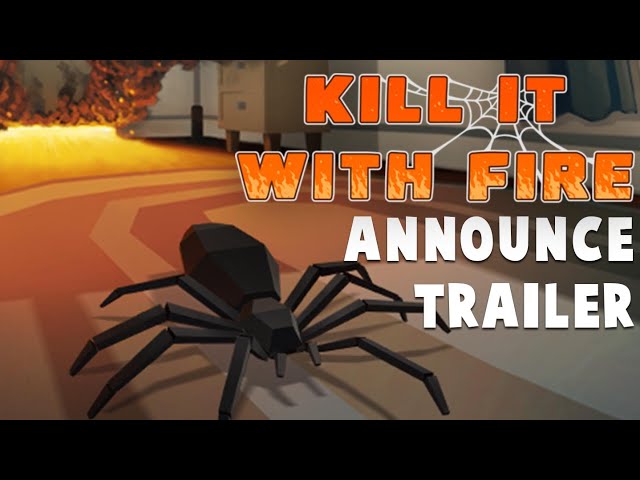 Check out more indie games for a little more creative game design, or some horror games if you need a little extra creepy to go with the crawlies.