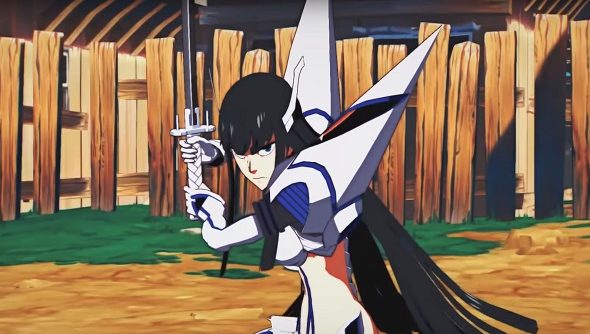 The hit anime series Kill la Kill is being adapted into a fighting game. Developer Arc System Works announced it this week at Anime Expo 2018 and revealed it’ll launch on PC alongside PlayStation 4 next year.

Kill la Kill the Game: IF is an arena fighting game based on the popular, violent, fan-servicey anime series, which debuted in 2013. I’m admittedly pretty clueless when it comes to anime, but as best I can tell, the story is about a girl named Ryuko Matoi who is seeking vengeance for her murdered father. Her quest takes her to the Honnouji Academy, where students wear sentient uniforms that provide magical powers and transform into bikini calendar modes during battles, which seem to happen alarmingly often and usually involve edged weapons.

Let’s hope Kill la Kill the Game is good enough to wind up on our list of the best anime games for PC.

Arc System Works is developing the game alongside Little Witch Academia studio APlus, with guidance provided by Trigger, the company that produced the TV series. Arc was behind this year’s Dragon Ball FighterZ, which wound up being both an excellent fighting game and a faithful recreation of the show’s art style.

Given the production pedigree, it seems as though Kill la Kill’s videogame adaptation is in capable hands, and it certainly looks the part in the trailer that debuted at Anime Expo.

Scheduled for release sometime next year, we’ll be able to see Kill la Kill the Game: IF in action during next month’s Evo tournament in Las Vegas. It’ll be available on PC through Steam.