In Killsquad, you play an elite bounty hunter who raids riches from rogue planets. Not alone, your tooled-up space pirate joins with three others to maximise the spoils, taking on shooting-and-looting contracts across the galaxy with a view to level up and unlock increasingly impressive abilities. Looking like an RPG and playing like an action game, Killsquad blends the best of both genres and, in the process, showcases a particularly special aspect of the Unreal Engine.

That aspect is extreme convenience. You wouldn’t think this is developer Novarama’s debut game on Unreal Engine 4, expertly incorporating as it does so many standout features: spectacular graphics, plentiful particles, excellent online support, etc. Rather than spend every waking minute grappling with the engine’s expansion toolset, however, the Spanish studio found the learning process quick and easy, going on to release Killsquad in July 2019.

If anything, the game’s producer Ricardo Cevallos Seligmann probably wishes he could go back and make use of of those goodies even earlier. We spoke to Seligmann to find out just what makes Unreal Engine 4 so refreshingly straightforward – and how with it anyone can create the game of their dreams.

“Novarama had no experience of Unreal Engine when we started with Killsquad,” Seligmann tells us. “We had only looked at some tutorials before, but nothing that could be considered minimally professional.” As it turns out, minimal professionalism is sometimes all you need, such is the intuitive nature of Unreal Engine 4’s features. One of those features is the Blueprints system. It’s a visual scripting language that lets you create gameplay elements using an easy-to-follow node-based interface. 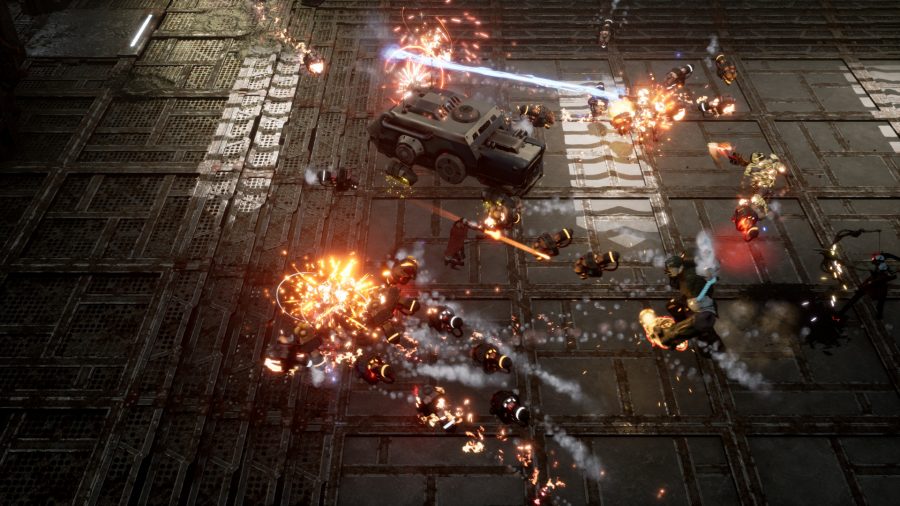 “This has been great in helping us prototype very quickly,” Seligmann says, “since it has allowed us to integrate the gameplay many times and in a super efficient way, which, in the long term, enabled us to have a cleaner C++ code without implementing every single prototype and gameplay test via code.” Now, granted, clean C++ code is something the average player won’t notice – you’re probably not going to be playing Killsquad and saying to yourself, ‘Man, this code feels absolutely spotless.’ – but something you will notice is the excellent combat feedback.

Characters in Killsquad feel nimble yet hefty, dispatching enemies with swift and satisfying grace. That wasn’t an accident. As Seligmann explains, “We wanted players to have a good feeling of agility and forcefulness during the confrontations with the enemies, and we spent many hours of research and iteration to achieve it. This could have been achieved mainly using the network prediction systems that Unreal gave us.”

Since Killsquad is multiplayer enabled, the weighty but responsive fighting had to make the transition online, and that’s where one of Novorama’s biggest challenges came in. Its solution was to predict what’s going to happen. “Prediction is a feature we have developed in Unreal Engine which enables us to have a sync between the host and the clients, and anticipate the behaviour and attacks from the other player while keeping all the action in sync between all the different players,” Seligmann tells us.

“Our current multiplayer connection setup is through peer-to-peer: one player is the host while the other players are the clients. This prediction feature enabled us to create the most engaging multiplayer experience.” 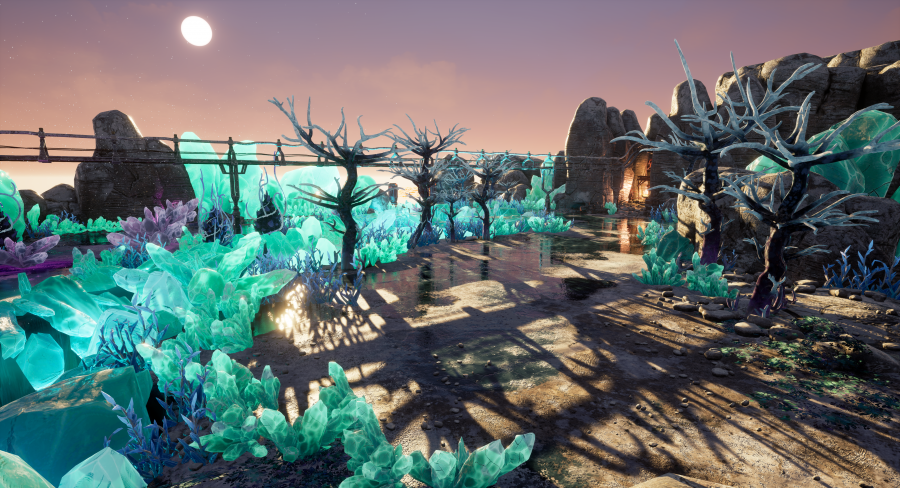 In terms of visual effects, the game is rammed with the blighters. Unleash Kosmo’s thunder hammer or Cass’s photon bolt, for instance, and you’re treated to a stunning fireworks display. This owes its existence to Unreal Engine 4’s robust particle editor that lets you control the look and behaviour of said glowing specks. Effects range from blazing fires and thick smoke to bright sparks all the colours of the rainbow. It’s a versatile enough editor to allow for more otherworldly examples, too, which you’ll find frequently in the far-flung locations of Killsquad.

Apparently we also have Unreal Engine 4’s Gameplay Abilities system to thank, which proved crucial in a game which hinges so heavily on levelling up. This highly-flexible framework lets developers easily customise the attributes of characters and implement status effects, cooldown timers, sound triggers, and both active and passive buffs. It silently drives Killsquad, and is partially responsible for how distinct each character’s skills feel. From invisible warrior nuns to trap-laying robots, you can pick the playstyle that suits you. Our preference is invisible trap-laying warrior robot nuns.

Novarama clearly put a great deal of work into Killsquad, using many different aspects of Unreal Engine 4 to craft a well-rounded action-RPG. That quality makes its presence known as soon as you touch down on an alien world and start raining hot plasma into swarms of teeth-gnashing monsters. And, as Seligmann and his team prove, it’s possible to learn the engine’s ins and outs and produce something that feels special, even on your very first go.

Killsquad is out now for PC and available on Steam. Unreal Engine 4 development is now free.