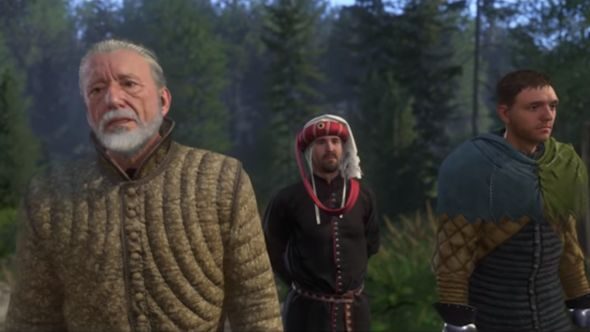 The first DLC for Kingdom Come: Deliverance releases today. Warhorse Studio’s historical RPG returns with From the Ashes, the first of four DLC packages set to release over the next nine months.

According to a press release from Warhorse, From the Ashes adds a new type of adventure to Kingdom Come: Deliverance. Rather than living in settlements that were built decades or centuries before your time, the new DLC will allow players to rebuild a brand new village from the ruins of a burned-down bandit camp.

Players will recognise the camp from the battle with Runt during the base game’s campaign. Revisiting the ruins of the camp in the DLC, Henry is made bailiff of the new settlement, and is tasked with building it back up “from the ashes” (get it?). Players will be tasked with choosing which structures will need to be built in order to attract new settlers to the village, as well as settling disputes between the locals.

On top of that, you’ll need to manage finances, balance your own reputation, and upgrade your settlement over time with better NPCs and buildings. You can check out the trailer for From the Ashes below.

From the Ashes is the first paid DLC package for the game (although a free hardcore mode was released in June). According to the Kingdom Come: Deliverance DLC roadmap, two more DLC narratives are due to release by the end of this year, along with a tournament mode. One more DLC, starring a new, female character, will release in early 2019.