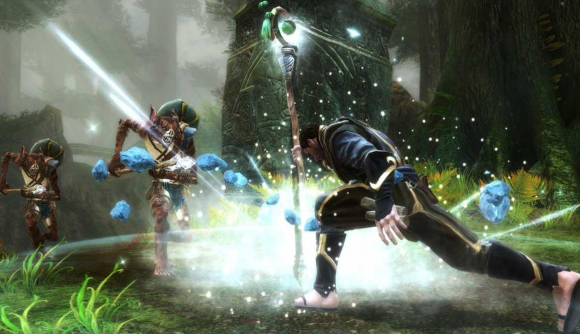 THQ Nordic has acquired the Kingdoms of Amalur IP from 38 Studios, alongside the rights to the broader project ‘Amalur’, which was based on the studio’s abandoned MMORPG ‘Copernicus’.

THQ Nordic announced it was ‘proud’ to have acquired rights to the series. Kingdoms of Amalur was created by best-selling author R.A Salvatore, Spawn creator Todd McFarlane and Ken Rolston, the lead designer of the Elder Scrolls IV: Oblivion.

This comes as great news to fans of the series, as many had concerns the Kingdoms of Amalur series was unlikely to revive following 38 Studios’ rapid bankruptcy in 2012, which saw the studio owing a $75 million investment to the state of Rhode Island. The case lasted for a further four years, finally settling in 2016, though the studio made no attempts to reform after the long legal investigations.

What form the Kingdoms of Amalur world will return in is down to THQ Nordic for now, though many believe a MMO could be on the cards based on the additional rights the studio have acquired. Amalur was always meant to be a precursor to an MMO, so it would be quite the story of a Phoenix Rising from the ashes if, more than six years after the studio closed, the project codenamed ‘Copernicus’ was revived.