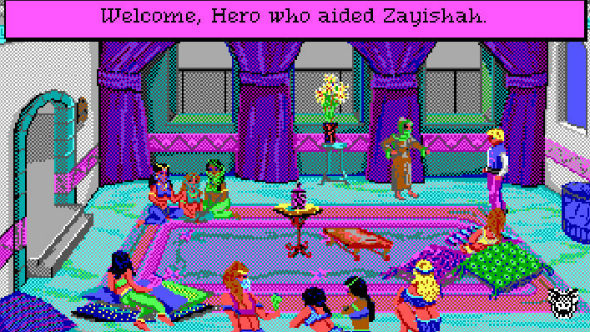 Update August 30, 2016: Those Sierra Entertainment games you maybe already bought have just been grouped into a lovely Humble Bundle.

Good news for anyone who saw classic Sierra games had made their way onto Steam but decided to hold off for now – you can grab most of them for $20. If you already bought some, apologies.

Related: After more yesteryear classics? Check out the best old games on PC.

The Sierra Humble Bundlegets you pretty much every game listed below, as well as a couple of extras like Velocity, at its highest tier. It’s definitely worth a punt if you were considering picking any up.

Original Story August 30, 2016: Seven franchises from the 37-year-old adventure game studio made their way ontoSteamyesterday, from the two Phantasmagoria games to the entire Quest for Glory collection. Great news then for lovers of obtuse puzzle mechanics.

Alongside their revival in 2014 by Activision Blizzard, Sierra Entertainment have been rebooting and releasing titles from their back-catalogue on Steam, including an episodic reboot of their well-known King’s Quest franchise in 2015. For proof of their efforts, here are their latest array of Steam re-releases:

The prices are pretty reasonable too, with the entire Quest for Glory collection costing a humble $10 – plenty of adventure gaming for your buck. It’s worth noting that most of these games have been available on GoG previously, but their move to Steam makes them available to a much wider audience.