If you’ve played any turn-based tactics, chances are you’ve already accepted a certain amount of visual shoddiness on the side. It comes with the territory, measured in hexes, that you plan to claim.

But one of the things XCOM did was polish up the genre a little. And a handful of Borderlands, Brothers in Arms and Battleground Europe veterans hope to go further, with a medievally-styled melee and magic take on Firaxis’ formula: Kingsmen. 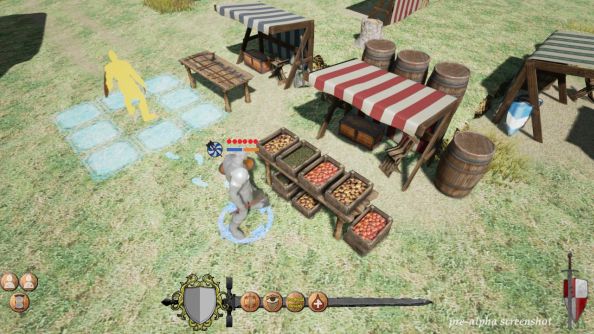 While working on the ever-trundling MMO he met Steve and Mike Daniels, who went on to get jobs at Gearbox – the latter on Brothers in Arms: Hell’s Highway and Borderlands 1. And you might have had a shortcut on your desktop for the early VOIP app Steve once worked on: Roger Wilco.

“I don’t know if that says that we’re experienced,” said Patnaude, “or just old.”

Now a team of five, they’re working on the medieval X-Com they’ve long daydreamed about. There’ll be cover and elevation changes, and ranged potshotting thanks to bows and crossbows – but also swords, axes and shields.

“Most of the time we see this with guns,” said Patnaude. “With medieval, you get a more visceral type of combat that’s more dynamic on the playing field. You can get a little more cinematic.”

Stealth Mode are working to avoid the “stale” feel of traditional tactics games. 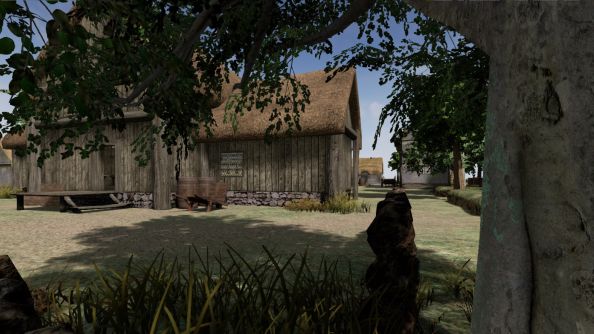 “I move my pieces around the board, they take a couple of swings and the guy dies,” said Patnaude. “When you’re playing one of these games, sometimes it may seem like you’re playing a board game that’s digital.”

Instead, Kingsmen is layered with specialised action and killcams to ensure the fighting is clear and “meaty”. The idea is that there’ll always be a satisfying visual payoff for good strategy, and that you should never have to check a battlelog to work out what just happened.

Stealth Mode have learned, though, why just so many tactics games wind up feeling distant and abstracted.

To allow for the sort of slopes and verticality they want, the team’s programmer has had to construct a collision-based grid system that allows the studio to tag which objects on the map are traversable and which aren’t.

And natural-looking combat is complicated by a plethora of special cases. A unit should turn to face an enemy when attacked, for instance, except when that attack is ranged and comes from outside their line-of-sight.

In short, it’s a combination of little things that make a tactics game feel immediate and impactful. Tiny things that development teams need to individually catch and smooth out. 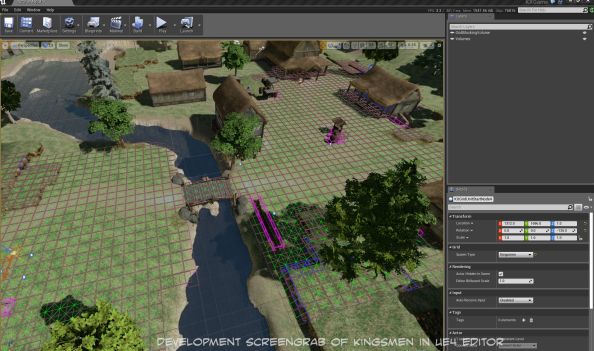 “I understand now why a lot of games just go with the flat board with obstacles as chokepoints,” said Patnaude. “It makes it a lot easier to design and program. But we wanted something a little bit more dynamic, so we took on the challenges and we think we’ve got something pretty good.”

Stealth Mode’s three founders have spent much of their careers working on games well-grounded in history – and Kingsmen feels like the slow creep of fantasy into their world. The player oversees a feudal realm devoid of dragons and monsters – but an enemy empire encroaches, and with it the slow resurgence of magic into Kingsmen’s universe.

Just as XCOM had the player researching new and terrifying enemies, Kingsmen will surprise players with its encounters – and ask them to figure out what the hell’s going on.

Much of Kingsmen’s management layer will be familiar to XCOM vets, too. Battles are fought by patrols, which begin as groups of four persistent characters. But as the player upgrades their castle with new structures and facilities – equivalent to Firaxis’ anthill base – patrols will eventually swell to six units. If they survive following your orders, they’ll gain experience, level up and take on new skills afterwards. If not, you’ll hire new units and kickstart new patrols. 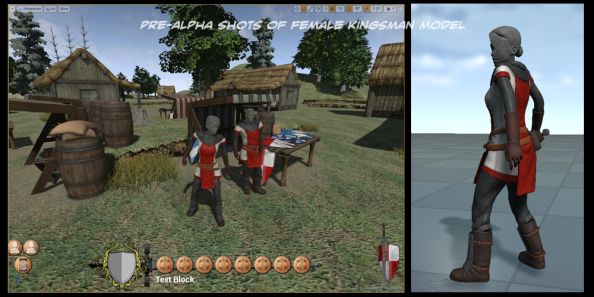 You’ll send troops forth to fight both random and story-driven missions – and since you can house multiple patrols at once, put together specialised crews for tackling certain kinds of missions.

Patrol growth is limited by the need for a Kingsman in each – a highly capable unit players will want to protect in battle to ensure they pick up leadership abilities to share with the group.

That group’s makeup should be pretty colourful by the end of the game. During the course of the story, you’ll occasionally be asked to side with a faction. Help the knights in one instance, and you’ll have access to their classes for future missions – but can expect to see their enemies, the barbarians, show up on the opposite end of the battlefield.

Stealth Mode are hoping to foster the same sense of attachment that defined XCOM. Customisation is a priority, and players can change the names, heads, hairstyles and colour schemes of their units. They’ll be able to piece together their own tabard from a library of sigils and colours, and have it show on unit shields and hang in their castle. 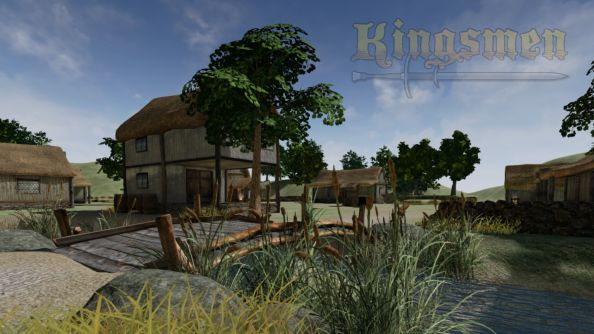 The castle is only the centrepiece of a five-region realm, dotted with watchtowers the player will oversee.

“We’re trying to be careful with how we go about it,” said Patnaude. “We decided early on that we wanted the castle to be more than just user interface. We wanted it to be a little bit more meaningful.”

Your castle and its facilities will be directly attacked at some stage – possibly more than once. It’s a nod to the original X-Com’s base raids, and will find players considering the structures they place as eventual playable maps they’ll have to scrap and take cover in.

It’ll all a little way off. Kingsmen began in UDK in Autumn last year, but by March and GDC Epic had convinced Stealth Mode to refactor the game for the newly-announced Unreal Engine 4.

“That took a little longer than we’d initially estimated,” said Patnaude. “But it’s starting to pay off now for sure, with all the different things that UE4 offers.”

The new engine is just the latest and final platform Kingsmen has climbed to. When Patnaude looks back, he sees the game Stealth Mode designed on paper, playtested on a board with miniatures, and then brought to digital life.

“Things are going the way we want them to go, and the game is fun,” he said. “I’m just proud that we’re at where we’re at, and we see the light at the end of the tunnel now.”

In this sponsored series, we’re looking at how game developers are taking advantage of Unreal Engine 4 to create a new generation of PC games. With thanks to Epic Games and Stealth Mode Games.