For millennia we’ve told the story of the passing of the seasons with the help of supernatural figures. The ancient Greeks had three: Zephyr to bring the summer breeze, Notos to conjure autumn storms, and Boreas to blow the winter cold. In Terry Pratchett’s Discworld novels, the Wintersmith dances eternally with the Summer Lady, who is described as taking the shape of the smell of apples, or of shimmering heat on a road.

Now games are contributing their own myths to that tradition. In Kinoko, you play the cloaked and hatted forest spirit who ushers in the spring – personally shovelling away the snow, knocking the white powder from the trees, and planting the flowers until the job is done and the year has begun anew.

The tellers of this new legend are not ancient Greek priests nor acclaimed fantasy authors, but a small gaggle of students training as designers, programmers, artists, and musicians in Dundee, Scotland.

That’s where the GTA series began, and it’s where the Kinoko team has turned heads with its visually arresting take on the changing seasons. Beneath the blanket of snow are an array of rules and technical tricks that make its dynamic beauty possible. 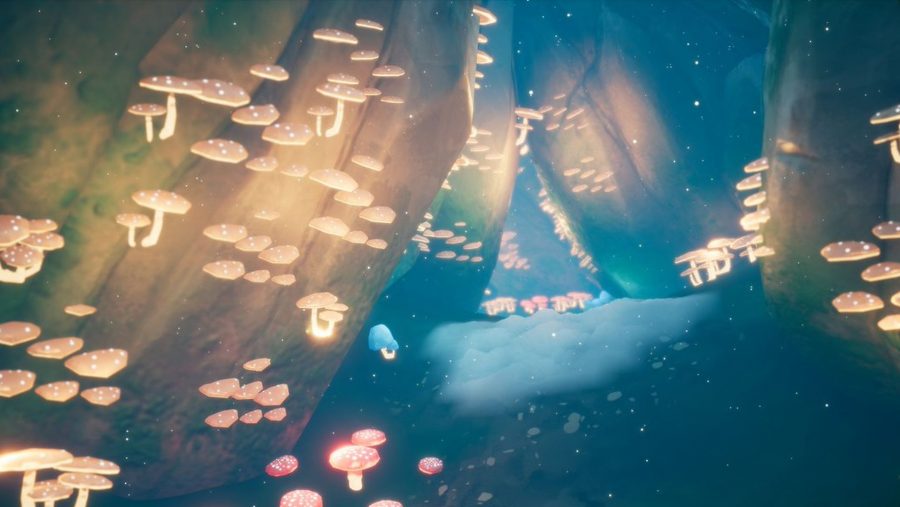 “It was an opportunity for us to show off our skills,” programmer Niklas Evertsson tells us. “With this project, we came up with the concept of controlling Kinoko to transform nature from winter into spring. It’s meant to be a nice, non-violent, relaxing experience.”

That premise didn’t come first, however. Instead, the team was trying to answer a technical problem – how can you illustrate a transition from one season to another?

We try to transform the environment

“We were going through the motions of wondering, ‘ok, do we try and texture rocks and dissipate the snow that way? How do we go about that?’,” effects programmer Robert Harper recalls. “I did a bit of digging and found material transitions.”

Materials are best thought of as the paint applied to objects in Unreal Engine 4, defining their colour, sheen, or transparency. Transitioning between them allows a developer to transform a surface in-game – which is a huge deal in a game about watching the world alter with the weather.

“One of our programmers has been just about exclusively focusing on graphics and different shaders,” Evertsson says. “One of the interesting features we have is the snow, which dissipates as you progress through the game. For each flower you plant and snow pile you shovel away, snow dissipates. At the same time, grass starts growing, leaves start growing on trees, the lighting changes, the music and the ambience, you get more birds. We try to transform the entire environment.” 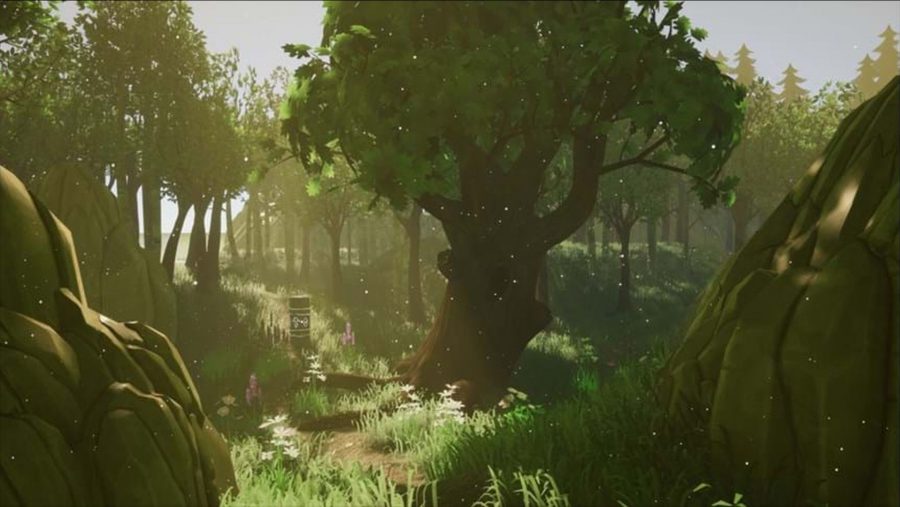 Bring in the spring

When you, as Kinoko, shovel a pile of snow, the game takes note. Or to be more specific, the material parameters the dev team has planted in each area take note, adjusting those materials in real-time.

“It’s actually just a number that goes from zero to one,” Harper says. “Each of the different objectives in the world affect this number, and lots of systems in the world listen for it. If we want to then dissipate the snow, increase the water level, change the lighting or anything like that we can, all from inside the material editor.”

That’s the way the rules of the world change – telling the sun to switch from a cooler to a warmer light, or the grass to push up through the earth. But another tool is used to display it visually. The Kinoko team layer the map with a render target, which are used to help display complex game effects, like the ripples that occur when you shoot a bullet into water.

“We use it to perceive the noise and map that into the world space, and then dissipate the overall snow values to procedurally change the world,” Harper says. “It’s really straightforward stuff.”

It might not sound it. But the effect is pleasantly simple, lending Kinoko the intuitive, peaceful vibe its team first aimed for. The game won over a panel of industry judges during the Dare Academy competition at EGX this year and, once winter thaws, these developers will be attending GDC in the spring. It’s a reward that should make all that shovelling worthwhile.

In this sponsored series, we’re looking at how game developers are taking advantage of Unreal Engine 4 to create a new generation of PC games. With thanks to Epic Games and Thunder Lime.